Julissa Cruz looks at some long-run patterns of marriage rates for U.S. women in "Marriage: More Than a Century of Change," written as one of the Family Profile series published by the National Center for Family and Marriage Research at Bowling Green State University. Here are some striking patterns.


"The proportion of women married was highest in 1950 at approximately 65%. Today, less than half 47%) of women 15 and over are married— the lowest percentage since the turn of the century." 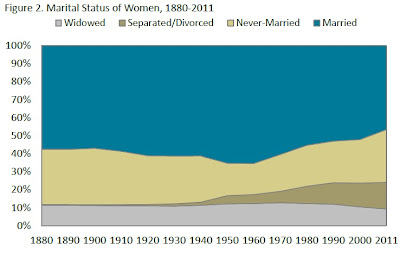 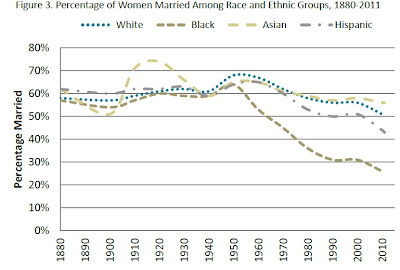 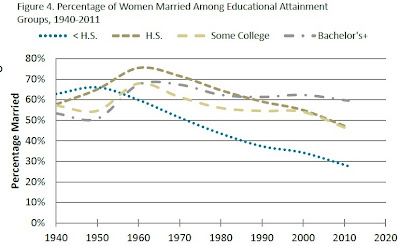 I'll forebear from offering a dose of pop sociology about the changing nature of marriage and what it all means. But clearly, the changes over recent decades are substantial.
Posted by Timothy Taylor at 6:00 AM