The Remarkable Fall in Global Poverty

Back in 1990, the World Bank defined an "absolute poverty" line. It was based on the actual poverty lines as chosen by the governments of low-income countries around the world, and thus can be taken to represent those people who are beneath the most basic minimums for basic necessities like food, shelter, and clothing. This poverty line has been updated over time to adjust for changes in prices and exchange rates, and currently stands at $1.90 in consumption per person per day. The World Bank provides an overview of global poverty in its annual "Poverty and Shared Prosperity" report for 2018, titled "Piecing Together the Poverty Puzzle."  Here are some points that caught my eye. 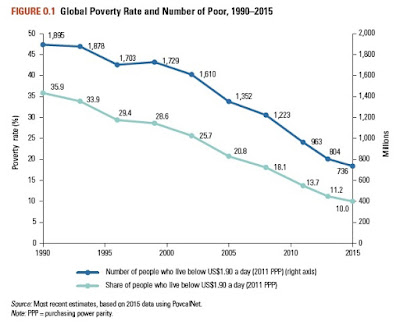 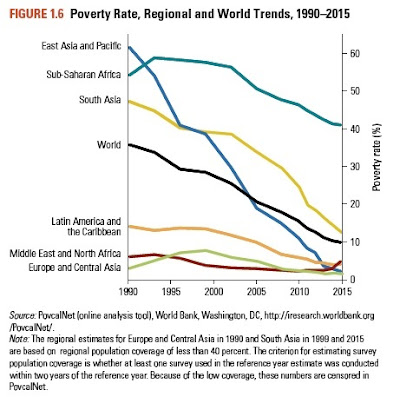 But poverty rates don't quite capture the entire story. Population levels are very high in China and India, so that even low rates of poverty in those countries implies large absolute numbers of poor. Indeed, one pattern that has emerged is that in absolute numbers, more of the world's absolute poor now live in middle-income countries (which includes China, India, Pakistan, Bangladesh, Indonesia and others) than in low-income countries. 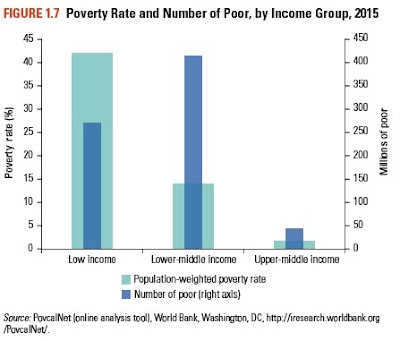 The report includes chapters looking at other measures of need, like improving the economic status of the bottom 40% of the population, or a multidimensional measure of poverty that includes not just income but access to health care and a secure community, or measures of poverty focused especially on women and children. 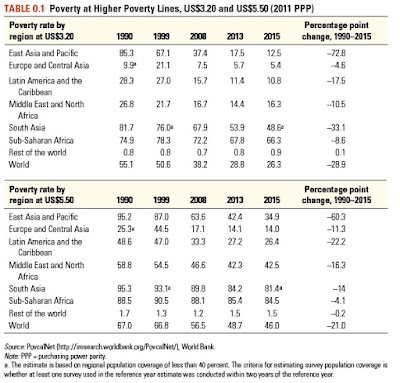