Uwe Reinhardt had the remarkable skill that even when he was discussing a subject where you felt that you already knew a lot, he offered the kinds of live-wire facts and metaphors, insights and opinions, which informed and challenged--and often entertained as well. Reinhardt died in November 2017. His final book has just been published: Priced Out: The Economic and Ethical Costs of American Health Care. For a flavor of the book and Reinhardt's style, the Milken Institute Review has published an excerpt from the book in the its Third Quarter 2019 issue.

Reinhardt tackles the question of explaining high US health care costs--that is, per capita US spending on health care is roughly double the average for other high-income countries. Here's a flavor of Reinhardt's  take on four possible explanations. 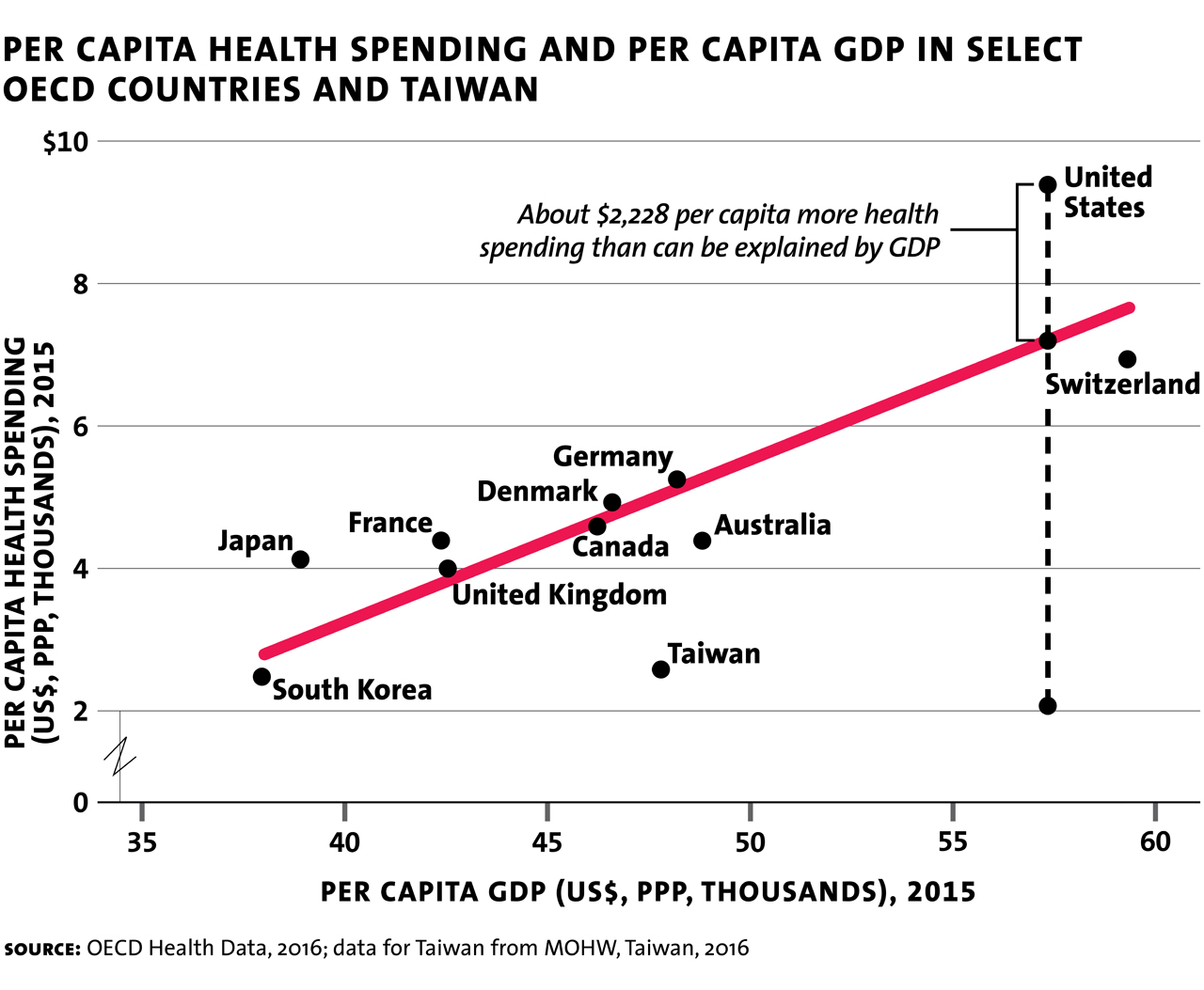 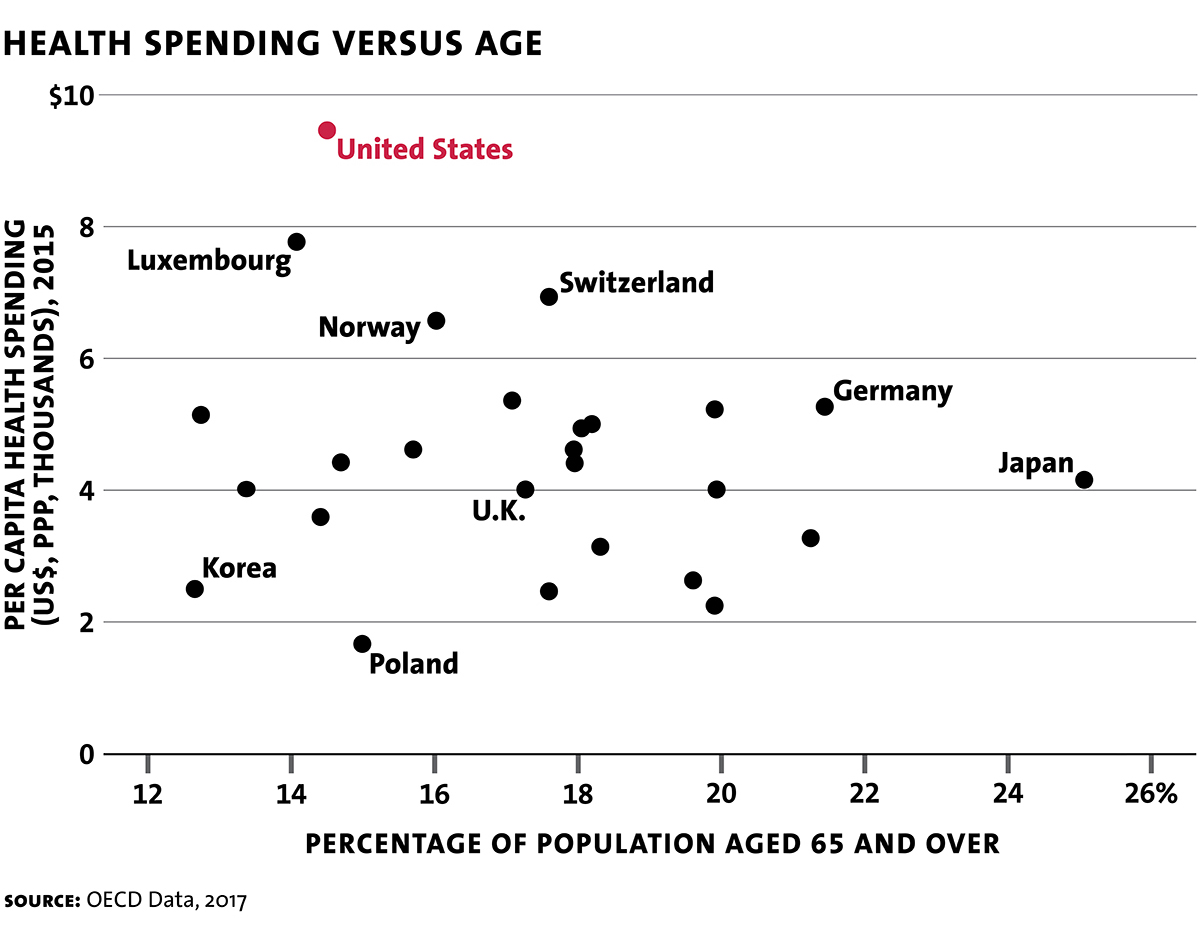 Possible explanation #3:  Health care, or at least certain kinds of health care, cost more in the US. Reinhardt writes:


With the exception of a few high-tech procedures, Americans actually consume less health care service in real terms (visits with physicians, hospital admissions and hospital days per admission, medications and so on) than do Europeans. For better or for worse — better for the vendors of health care and worse for consumers — prices for virtually every health care product and service in the United States tend to be twice as high as those for comparable products or services in other countries.

Here are some examples of that pattern, using data from an International Federation of Health Plans report. 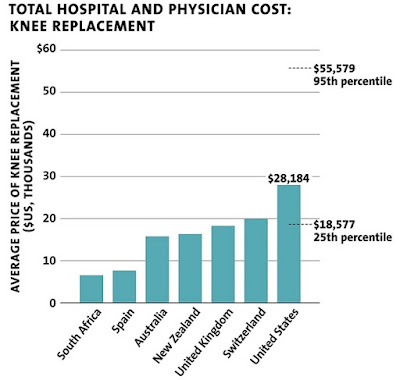 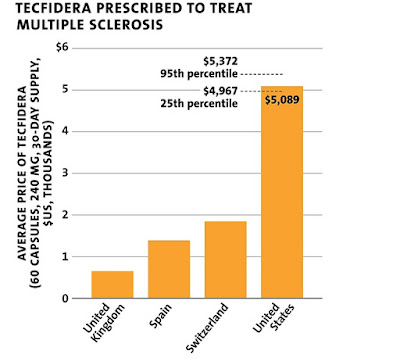 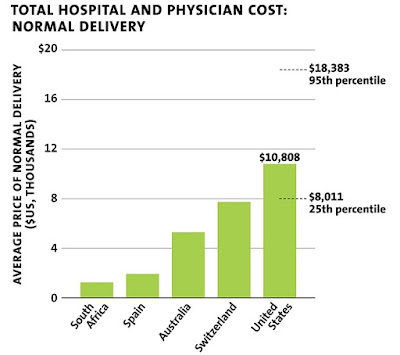 
According to a recent publication by America’s Health Insurance Plans, private health insurers on average take a haircut of about 17.8 percent off the insurance premiums paid by employers or individuals for “operating costs,” which means marketing and administration. Another 2.7 percent is profits. That haircut was as high as 45 percent pre-Obamacare for smaller insurers selling policies in the (non-group) market for individually purchased insurance. Under Obama­care the portion of the premium going to marketing, administration and profits was constrained to 20 percent for small insurers and to 15 percent for large insurers. ... It’s worth noting that some analysts of administrative costs of Blue Cross Blue Shield plans and other private insurers report that the AHIP number is too high. They currently estimate the range to be between about 9 percent for the Blues and between 10 and 11 percent for other private insurers. ...

Drugs that cost $17 to produce end up costing patients or purchasers of health insurance $100. Of a total $100 in consumer spending, health insurers pay pharmacy benefit managers $81, keeping $19 for themselves, of which $3 is profit. The rest goes for marketing and administration. ...

I can think of no legislation ever to emerge from Congress that addressed the magnitude of this administrative overhead. It is as if Congress just does not care what health spending actually buys. On the contrary, every health reform emerging from Congress vastly complicates the system further and brings forth new fleets of non-clinical consultants who make a good living teaching clinicians and hospitals how to cope with the new onslaught. All of their income becomes the providers’ expense and thus ends up in the patient’s bill.