The growth in health care spending has been putting pressure on government budgets all over the world, and in the U.S., it puts pressure on household budgets, too. However, the rise in U.S. healthcare costs has slowed in the last few years, which has led to a dispute. Is the slowdown in health care spending mainly a reflection of the Great Recession and the sluggish economic growth that has followed? Or does it represent the start of a potentially long-run slowdown in rising health care costs? Partisans of the Obama administration, like the White House Council of Economic Advisers, like to argue that the Patient Protection and Affordable Care Act of 2010 may be an important part of slowing down health care costs, too.

As I've argued in the past (here and here), U.S. health care spending seemed to slow down in the mid-2000s, well before any cost-constraining measures of the 2010 legislation could take effect. In addition, the slowdown in health care costss has been international, which suggests that changes in U.S. law are not the driving factor. In the December 2014 issue of Finance & Development, Benedict Clements, Sanjeev Gupta, and Baoping Shang offer more explanation on the international dimensions of health care costs in high-income countries in their article, "Bill of Health."

Here is there figure showing the pattern of health care spending across OECD countries in the last few decades. Notice that there are several times when it looks as if health care costs are slowing for a few years, before they start rising again. In discussing the recent slowdown in the rise in health care costs, they note: "The slowdown in growth for all types of spending in nearly all advanced economies—and at about the same time—suggests that it was driven by a common factor. The common element appears to be the global financial crisis, which affected economic activity and governments’ capacity to finance continued health care spending growth." 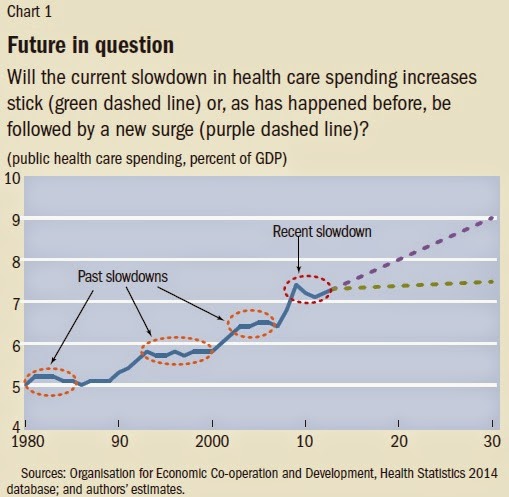 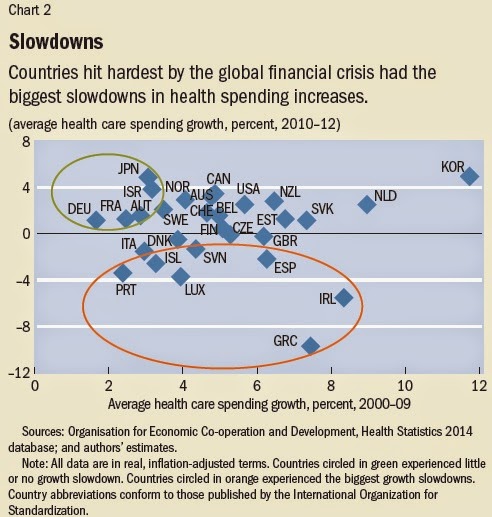 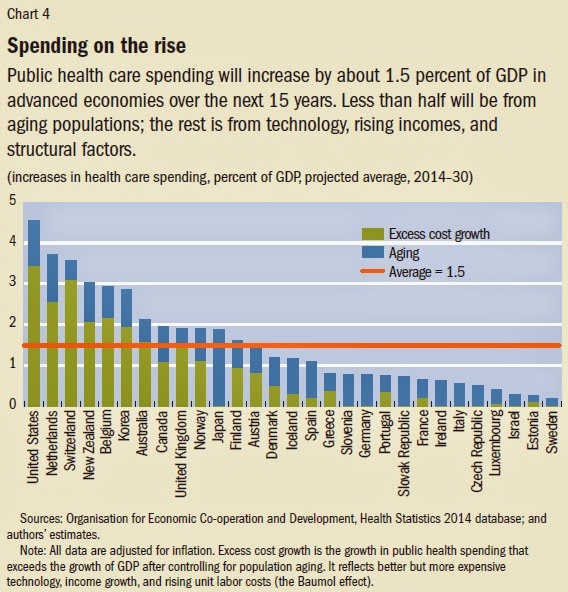