One lasting consequence of the Great Recession has been that the problem of long-run unemployment has now arrived in the U.S economy. Alan B. Krueger, Judd Cramer, and David Cho present the evidence and some striking analysis in "Are the Long-Term Unemployed on the
Margins of the Labor Market?" written for the just-completed Spring 2014 conference of the Brookings Panel on Economic Activity. To get a sense of the issue here are a couple of striking figures from Krueger, Cramer, and Cho. 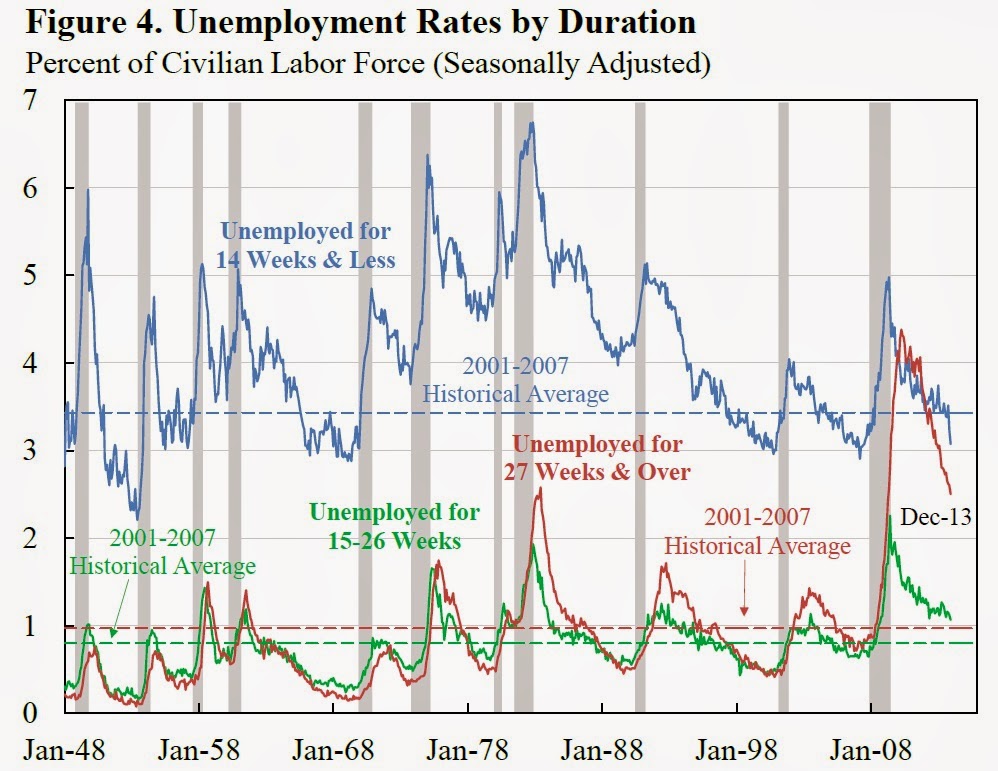 A few patterns jump out here:

This outcome is troubling for many reasons. Krueger, Cramer and Cho present evidence that the most recent wave of long-run have become detached from the labor market: they have a much-reduced change of finding a job, little effect on wage increases, and if they do find a job are likely to soon become unemployed again. A summary of the paper notes: 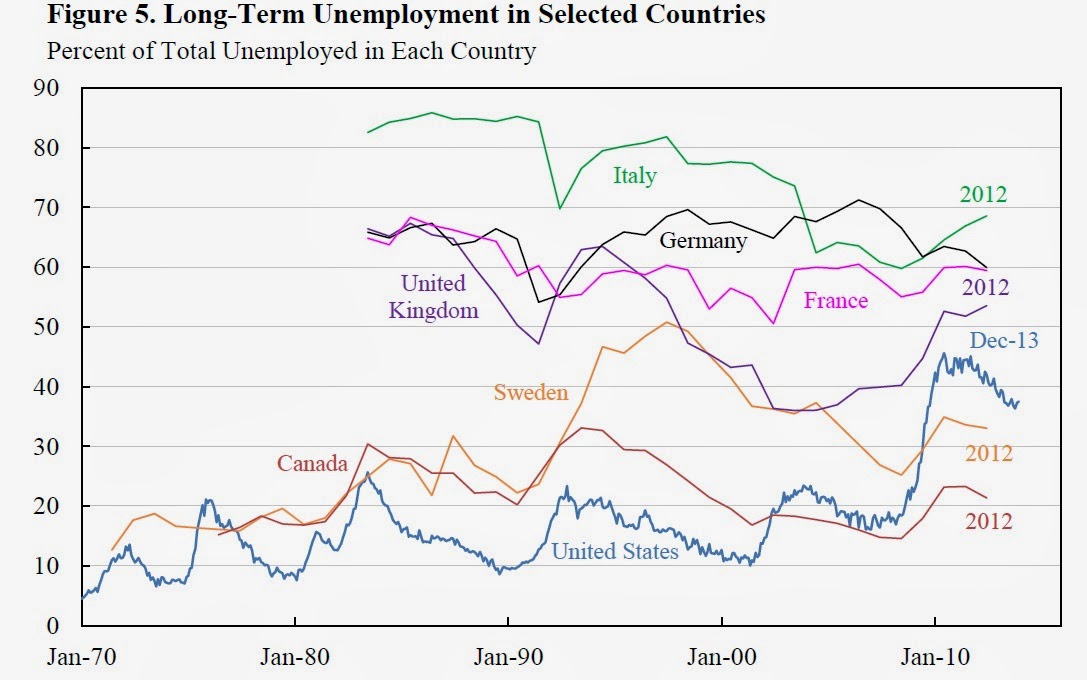 I'm not sure exactly what policies will work best for bringing the long-term unemployed back into the labor force. But Sweden and Canada, to pick two examples from the figure, have apparently had some success in doing so. But it's reasonable to worry that past U.S. approaches to addressing unemployment are not well-suited to the long-run unemployment that emerged after the Great Recession.
Posted by Timothy Taylor at 6:00 AM