How does the level of the minimum wage relative to other wages compare across higher-income countries around the world? Here are a couple of figures generated from the OECD website, using data for 2012. 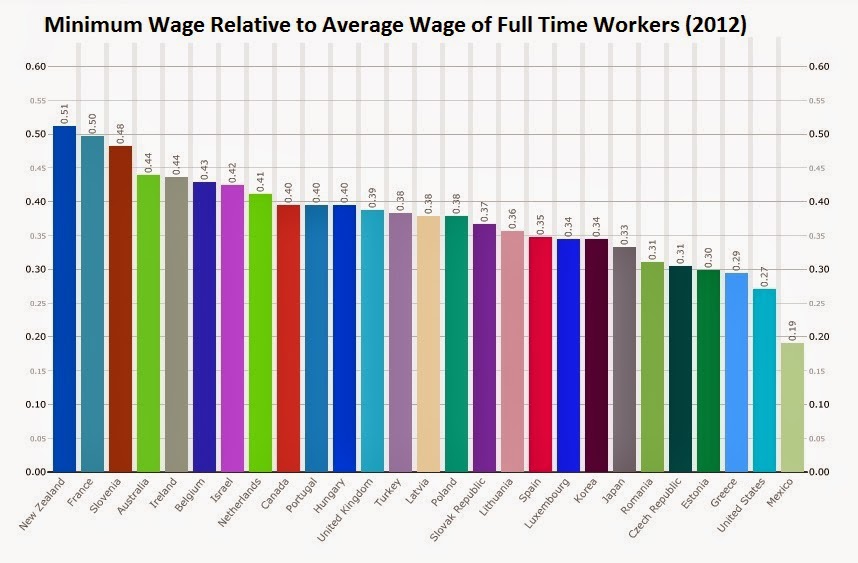 However, average wages may not be the best comparison. The average wage in an economy with relatively high inequality, like the United States, will be pulled up by the wages of those at the top. Thus, some people prefer to look at minimum wages relative to the median wage, where the median is the wage level where 50% of workers receive more and 50% receive less. For wage distributions, which always include some extremely large positive values, the median wage will be lower than the average--and this difference between median and average will be greater for countries with more inequality. 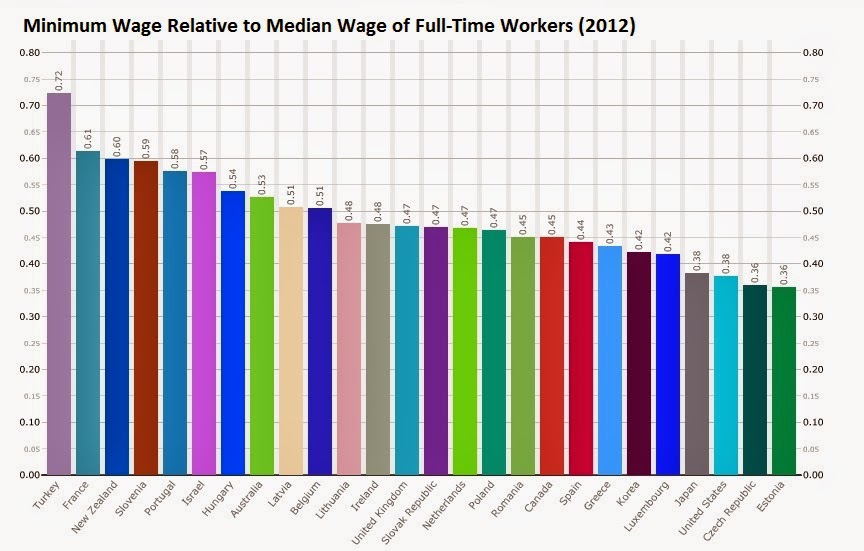 This post isn't the place to rehearse arguments over the minimum wage one more time: if you want some of my thoughts on the topic, you can check earlier posts like "Minimum Wage and the Law of Many Margins" (February 27, 2013), "Some International Minimum Wage Comparisons" (May 29, 2013), "Minimum Wage to $9.50? $9.80? $10?" (November 5, 2012). Moreover, minimum wages across countries should also evaluated in the context of other government spending programs or tax provisions that benefit low-wage families.