OK, I admit that it's arbitrary to compare countries according to their oil and gas production, setting aside coal, hydroelectric, nuclear, and renewables like solar and wind. Still, as someone who started paying attention to economic issues during the OPEC-related oil price shocks of the 1970s, this figure shows an outcome that I never expected to see. Taking oil and gas together, the U.S. has now surpassed Russia and Saudi Arabia as the world's leading producer. 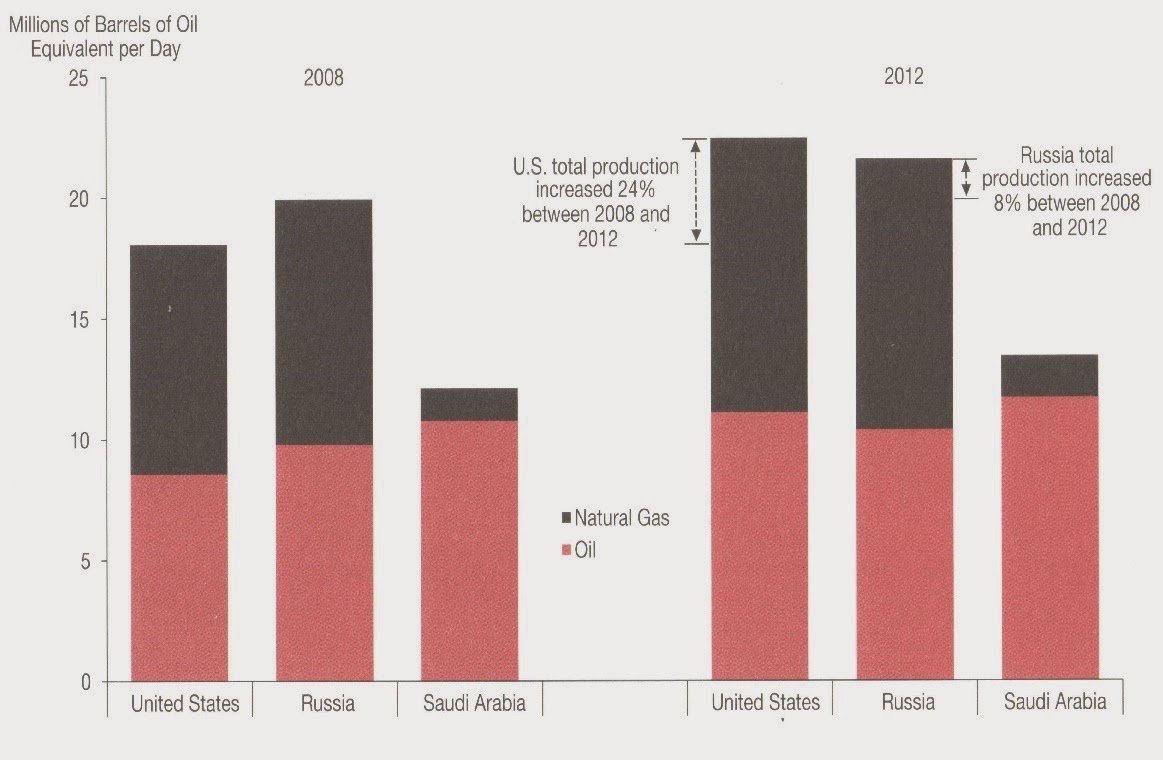 This figure was produced by the Stanford Institute for Economic Policy Research (SIEPR) as part of it annual "Facts at a Glance" chartbook. For purposes of this comparison, natural gas has been converted into an energy-equivalent amount of oil: specifically, 5,800 cubic feet is equal to about 1 barrel of oil.

Of course the economic consequences of being the largest energy producer will be different for the U.S. than for Russia or Saudi Arabia. For example, the enormous US economy uses more energy than it produces, and thus remains an energy importer, while the economies of Saudi Arabia and Russia depend on energy exports. But before I try to figure out what it all means. I need to spend some time just wrapping my head around the idea of the U.S. as the world's leading oil and gas producer.
Posted by Timothy Taylor at 10:00 AM