Wage Inequality Across US Metropolitan Areas

How does this measure of inequality differ across metro areas? The most unequal metropolitan areas, where the 90/10 ratio is above 5.5, are shown by reddish shading in the map below. They are heavily concentrates from Washington, DC to Boston on the east coast, and then in the San Francisco/San Jose region on the west coast. 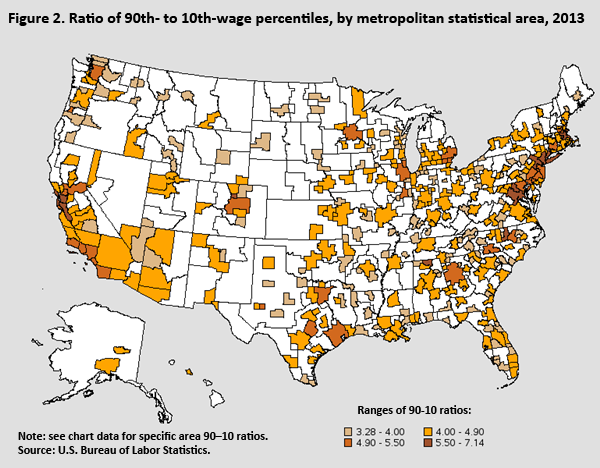 What are some of the factors correlated with higher levels of wage inequality? Larger cities tend to have greater wage inequality. Also, areas with a higher proportion of certain high-paying occupations tend to have greater wage inequality, including "management, business and financial operations, computer and mathematical, architecture and engineering; life, physical, and social science; legal; arts, design, entertainment, sports, and media; and healthcare practitioners and technical. Here's a list of the top 10 and bottom 10 cities according to the 90/10 measure of wage inequality--with a breakdown of some of these higher-wage occupations in these urban areas. 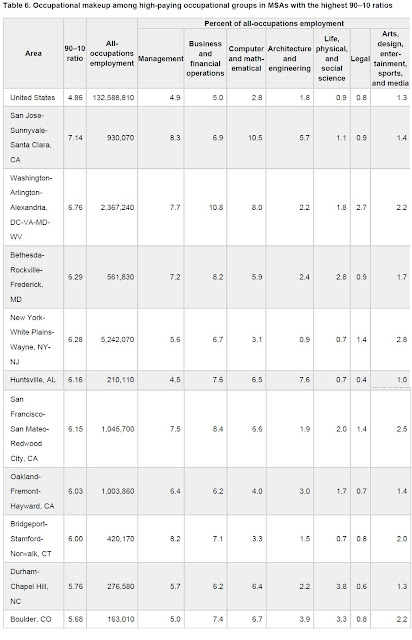 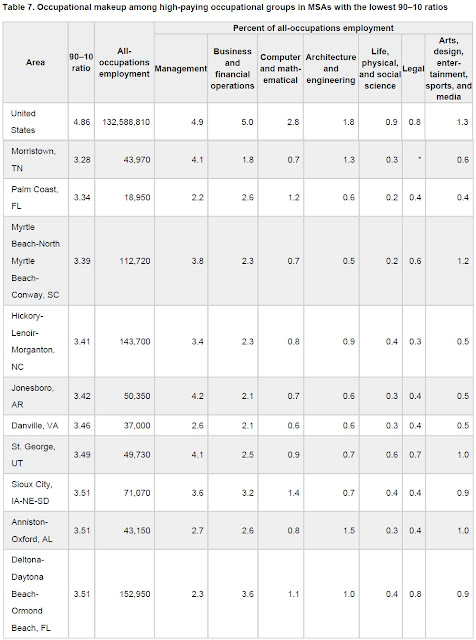 I don't have have any especially deep point to make about these differences between cities. The list of high-inequality urban areas perhaps helps to explain why the Occupy movement was especially prominent in eastern cities and in the San Francisco Bay Area. It's useful to remember that both the issues created by inequality, and the consequences of taking steps to address inequality, will not be perceived or felt equally across urban areas.