Here's a question that the Gallup Poll has been asking Americans every few years since the 1960s, most recently in December 2015 In your opinion, which of the following will be the biggest threat to the country -- big business, big labor, or big government? Not to keep you in suspense: Big government is winning, or perhaps it's more accurate to say losing, this contest.

Here are the answers going back to 1965. It makes sense that the share of those listing "big labor" has dropped over time, given the decline in the share of US workers belonging to a union. It's interesting that the share naming big business as the biggest threat is about the same now as in the Carter era of the late 1970s. Sure, there have been some spikes in viewing big business as the biggest threat, like a spike probably related to Enron and other corporate governance scandals in the early 2000s and a spike around 2009 in the aftermath of the corporate and financial bailouts. But there doesn't seem to be an overall trend upward. For big government, on the other hand, there does seem to be a long-term upward trend: that is, given the way the question is phrased, the shift away from seeing "big labor" as the leading issue has been counterbalanced by a swing toward naming "big government" instead. 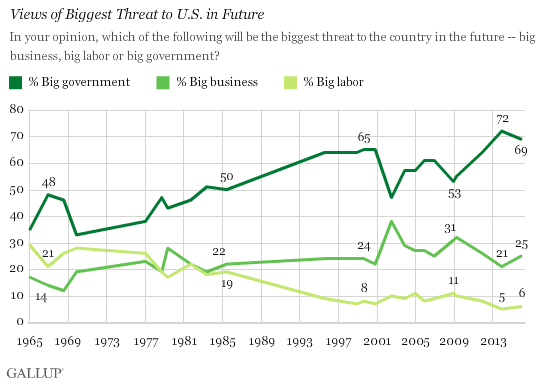 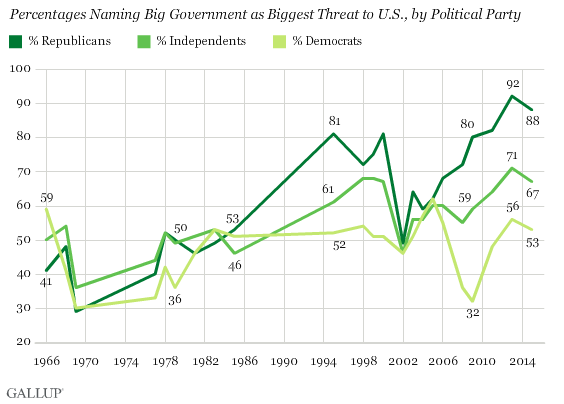