Some Snapshots of University Endowments

How much money do major universities and colleges have in their endowments? How are they investing the money? What returns are they earning? The National Association of College and University Business Officers does a survey of these questions each year, and here are some results for 2018. 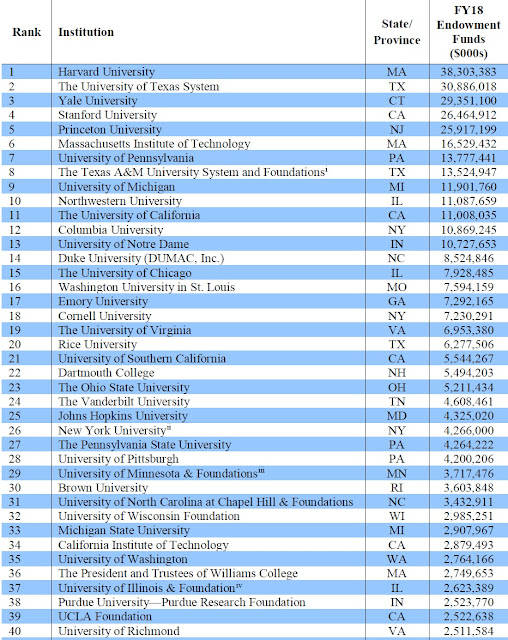 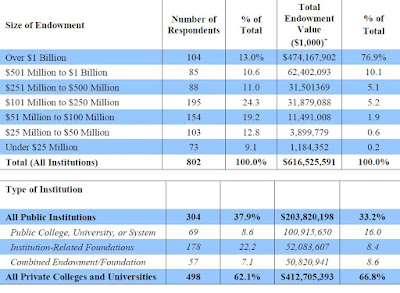 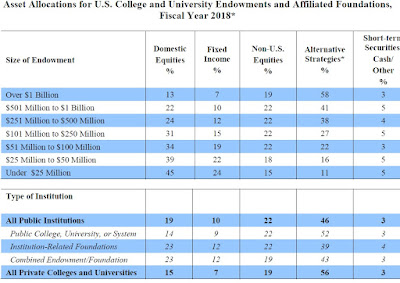 On average, institution with endowments above $1 billion also earn higher returns. However, as the rows at the bottom show, any college which had invested its endowment completely in the S&P 500 10 years ago would have done considerably better than the average over any of the time horizons shown here. 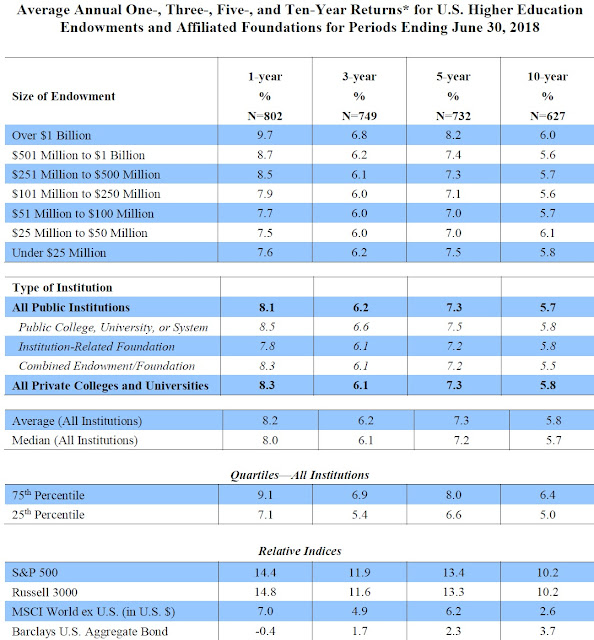 Of course, it's always easy to note in retrospect that some alternative investment choice would have performed better.  Back int 2008, it certainly wasn't clear to many investors how much stock markets would rebound if and when the Great Recession ended. Moreover, a number of large-endowment Ivy League school had had great success with alternative investment categories in the 1990s and into the early 2000s. For a useful discussion of college endowment returns from 1992-2005, I recommend Josh Lerner, Antoinette Schoar, and Jialan Wang on "Secrets of the Academy: The Drivers of University Endowment Success," which appeared in the Summer 2008 issue of the Journal of Economic Perspectives.

But it still seems worth noting that college endowments--which often hire high-priced talent to make these decisions--have substantially underperformed the S&P 500 benchmark for the last decade. If they had consistently overperformed the benchmark, I'm sure we'd be hearing a lot more about their investment strategies!