Every now and again, I'll post a cartoon suitable for tacking up on a bulletin board, or blending into an economics lecture. This one is from back in 2008, from Dale Everett at the Anarchy In Your Head website, but I just saw it for the first time, so I pass it along. 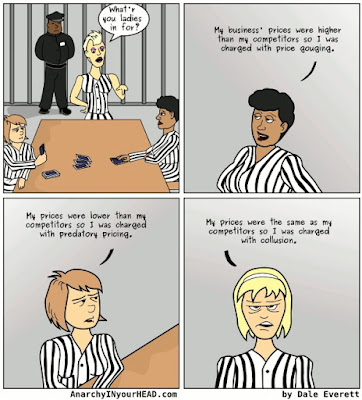