An Economist Chews over Thanksgiving

On the demand side, the quantity of turkey per person consumed rose dramatically from the mid-1970s up to about 1990, but then declined somewhat, but appears to have made a modest recovery in the last couple of years The figure below is from the Eatturkey.com website run by the National Turkey Federation.

The production of turkey remains an industry that is not very concentrated, with three relatively large producers and then more than a dozen mid-sized producers. Here's a list of top turkey producers in 2015 from the National Turkey Federation: 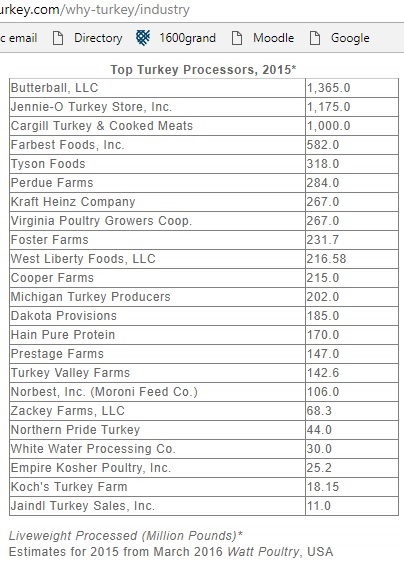 Given this reasonably competitive environment, it's interesting to note that the price markups for turkey--that is, the margin between the wholesale and the retail price--tend to decline around Thanksgiving, which obviously helps to keep the price lower for consumers. Mildred Haley of the US Department of Agriculture spells this out in the "Livestock, Dairy, and Poultry Outlook" report of October 2017. The vertical lines in the figure show that the markups clearly fall around Thanksgiving. 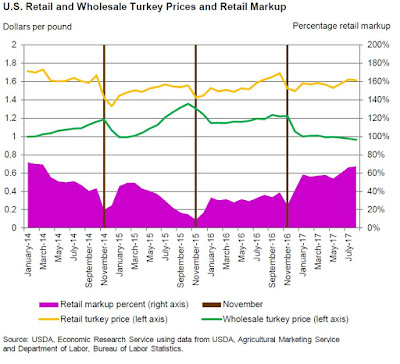 In the past, the US turkey industry has at some times suffers from outbreaks of HPAI
(Highly Pathogenic Avian Influenza): for discussion of the 2015 outbreak, see the November 17, 2015 issue of the "Livestock, Dairy, and Poultry Outlook" from the US Department of Agriculture, Kenneth Mathews and Mildred Haley offer some details. But for Thanksgiving 2017, supply seems to have remained strong and turkey prices are down a bit. 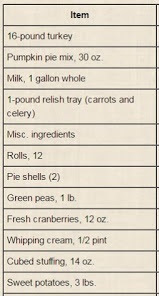 Thanksgiving is a distinctively American holiday, and it's my favorite. Good food, good company, no presents--and all these good topics for conversation. What's not to like?
Posted by Timothy Taylor at 12:00 AM