In the past, those with student loans had more debt that those without such loans, but also had similar credit scores and were more likely to have a home loan or a car loan. The reason, of course, is that hose with student loans also are more likely to have attended colleges and universities, and the improved job prospects from higher education in some sense outweighed the student loan debt. But now the pattern has altered, as Meta Brown and Sydnee Caldwell of the New York Federal Reserve report. 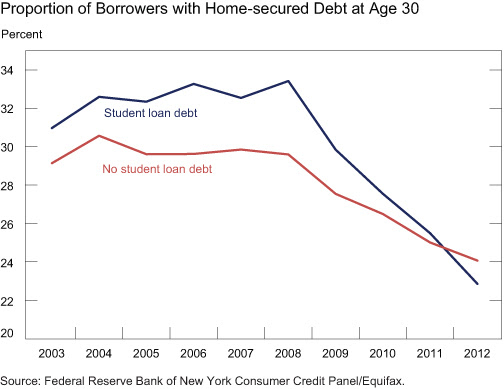 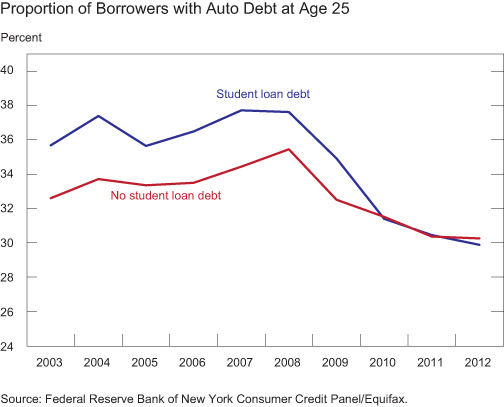 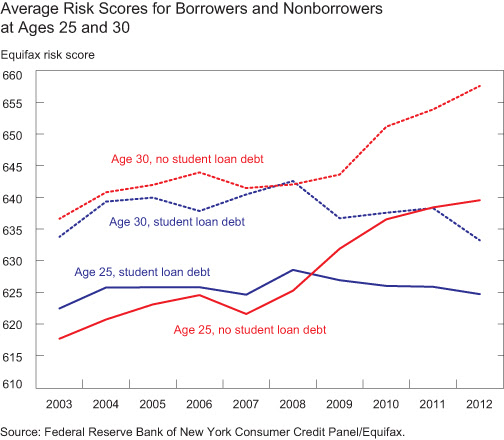 Of course, these numbers are averages. Probably the key fact to remember about student debt is that there is enormous variation in the payoff to higher education depending on the school you attend, your major, whether you complete a degree, and other factors. For previous posts on student loan issues, see "Student Loan Snapshots" (March 4, 2013) and "Average College Student, Average Loan"
(March 27, 2012).
Posted by Timothy Taylor at 6:00 AM