Since the Great Recession officially ended about 4 1/2 years ago back in June 2009, the natural question has been: When does the U.S. economy get that jolt of bounceback growth to make up for what was lost? The Congressional Budget Office gives its answer in its just-published report "The Budget and Economic Outlook: 2014 to 2024:" "CBO projects that real GDP will grow notably faster over
the next few years than it has over the past few years. On a fourth-quarter-to-fourth-quarter basis, real GDP is projected to increase by 3.1 percent this year, by 3.4 percent per year in 2015 and 2016, and by 2.7 percent in 2017 ... By the second half of 2017, CBO projects, real GDP will return to its average historical relationship with potential (or maximum sustainable) GDP ..."

In short, although the prediction is that the U.S. economy is roughly halfway from the end of the recession to a full economic recovery, this is a case where the glass is actually half-full, rather than half-empty, because the heartier period of economic growth is coming. Here are a few of the details.

Here's a figure showing how the Great Recession reduced economic output below its potential, and the CBO projection for bounceback in the next few years. 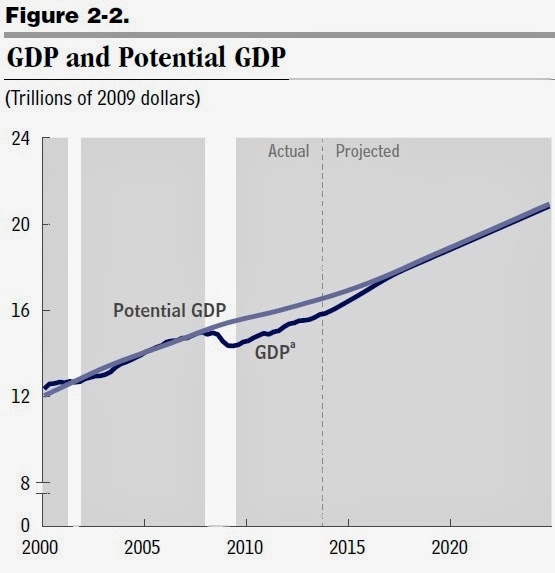 Household wealth relative to income, which took an enormous hit during the Great Recession from the double-whammy of falling housing prices and a falling stock market, has now moved back to higher levels. 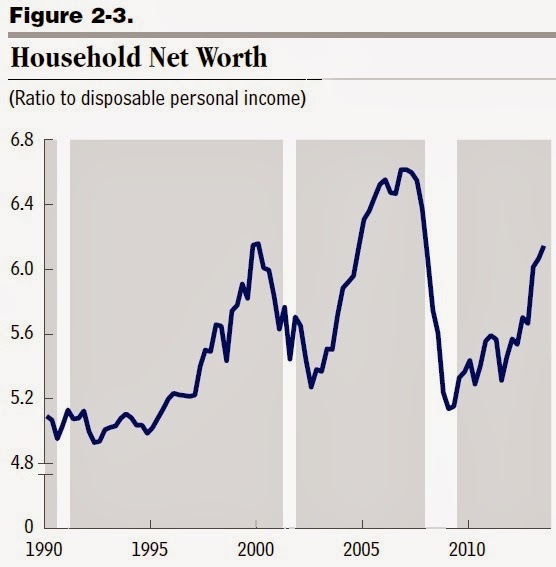 However, business investment hasn't only just started its bounceback, and the CBO projections suggest that it will be leading the way in the next few years. 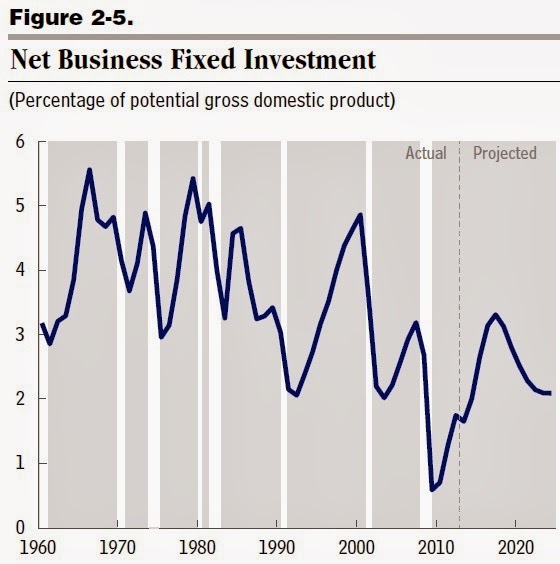 What about the unemployment rate and the labor market? The CBO has also just published "The Slow Recovery of the Labor Market" to tackle that subject. The grim fact here is that after the end of the average U.S. recession, the number of jobs takes a couple of quarters to start growing again. But after the  end of the Great Recession, the number of jobs kept falling, and has been slower to recover (as shown by the flatter slope of the lower line in the figure). 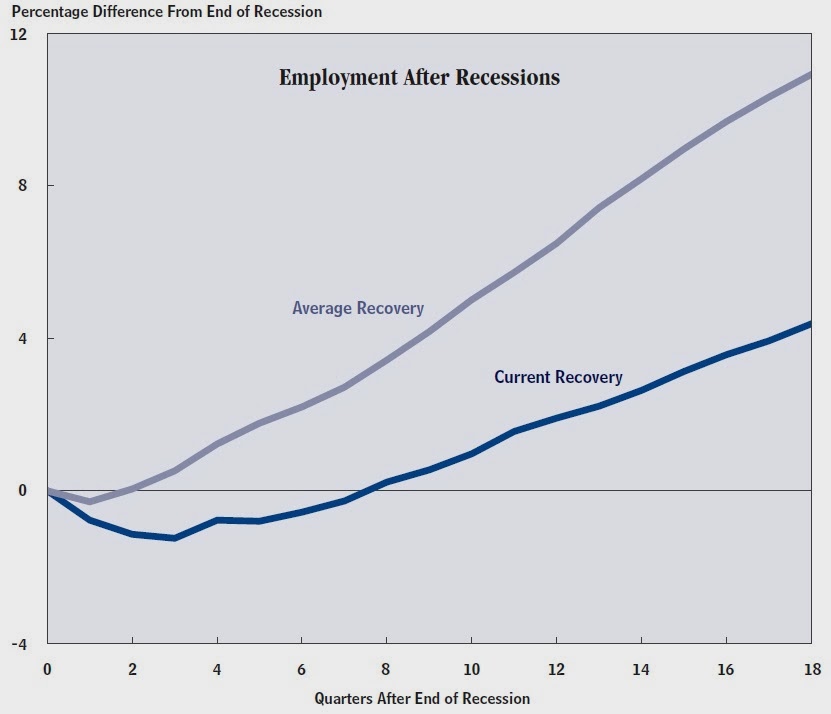 Yes, the unemployment rate has fallen from 10% in October 2009 to 6.7% in December 2013, which is painfully slow but still better than a sharp stick in the eye. How much of the remaining unemployment is because of a lack of demand in the economy, and how much is because of "skill mismatches"? Here's the CBO: 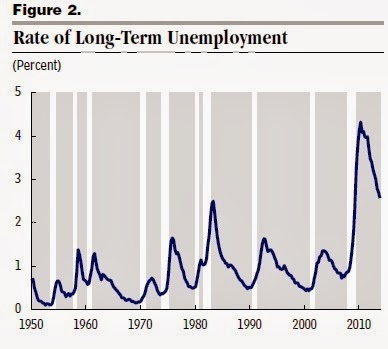 Also, the share of U.S. workers participating in labor force has declined, which raises the possibility that at least some of them would have preferred to keep working, but became discouraged about their job prospects and gave up. Notice, however, that the decline in labor force participation actually started back around 2000. It was fairly well-known among economists that as the period in which women were pouring into the (paid) labor force came to and end, and as the Baby Boom generation aged, and as a greater share of young people started to attend college, labor force participation rates would tend to drop off. 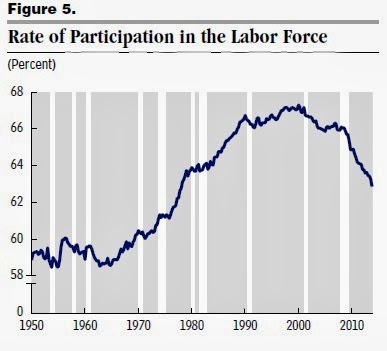 So the difficult question is how much of the decline in labor force participation is a result of these longer-term trends, and how much is a result of discouraged workers leaving the workforce because of the Great Recession? Here's how the CBO answers that question: