Lesser Known Improvements in the US Labor Market

The headline unemployment rate gets almost all of the attention, but the U.S. Bureau of Labor Statistics also publishes the results of the Job Opening and Labor Turnover Survey (JOLTS), which gives more detail on underlying patterns of hiring and firing. The JOLTS numbers for December 2013 came out on Tuesday, and here are a few of the highlights that caught my eye.

One useful measure of the state of the labor market is the number of unemployed people per job opening. After the 2001 recession this ratio reached nearly 3:1, and during the worst of the Great Recession there were nearly 7 unemployed people for every job opening. But by December 2013, the ratio was back down to 2.6--not quite as healthy as one would like, but still a vast improvement. 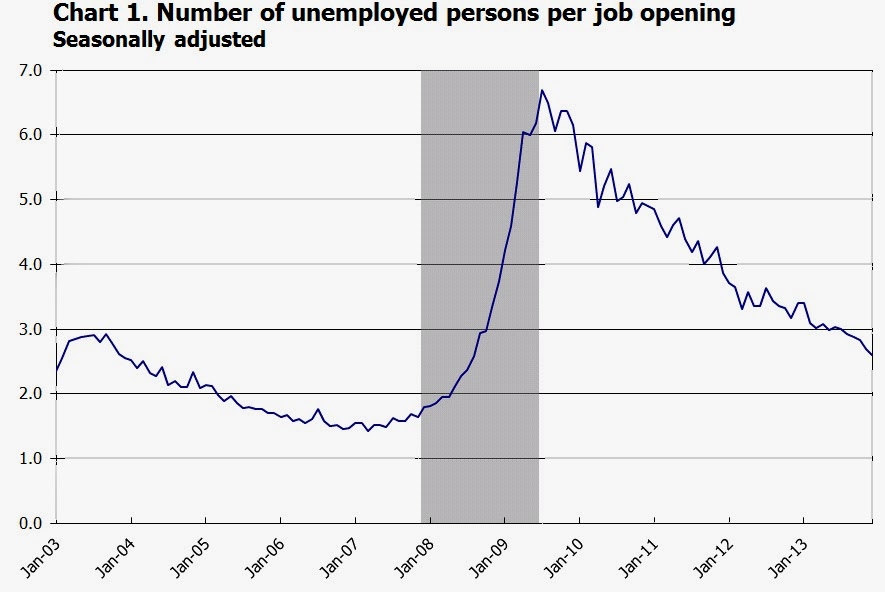 Another measure is the ratio of quits to layoffs/discharges. Quits are when a person leaves a job voluntarily. Layoffs and discharges are when people are separated from their job involuntarily. In a healthy economy, more people quit than are forced to leave, so the ratio is above 1. In the recession, voluntary quits dwindled as people held onto the jobs they had, and involuntary layoffs rose, so the ratio fell below 1. We have now returned to an economy where those who leave their jobs are more likely to have done by quitting voluntarily than by being laid off or discharged involuntarily 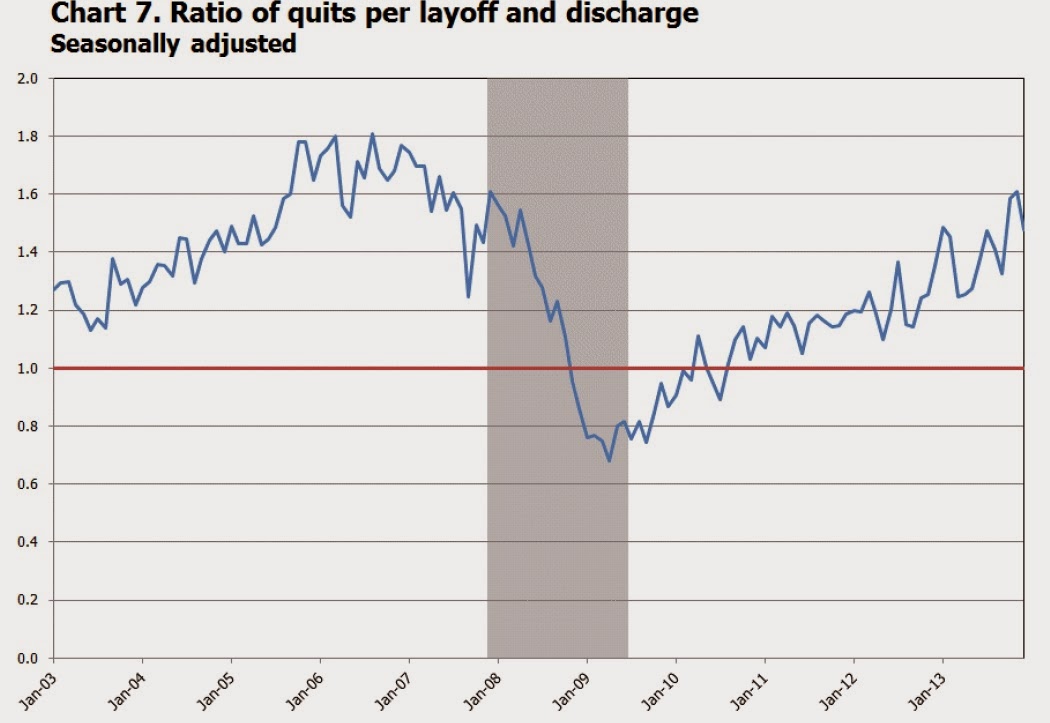 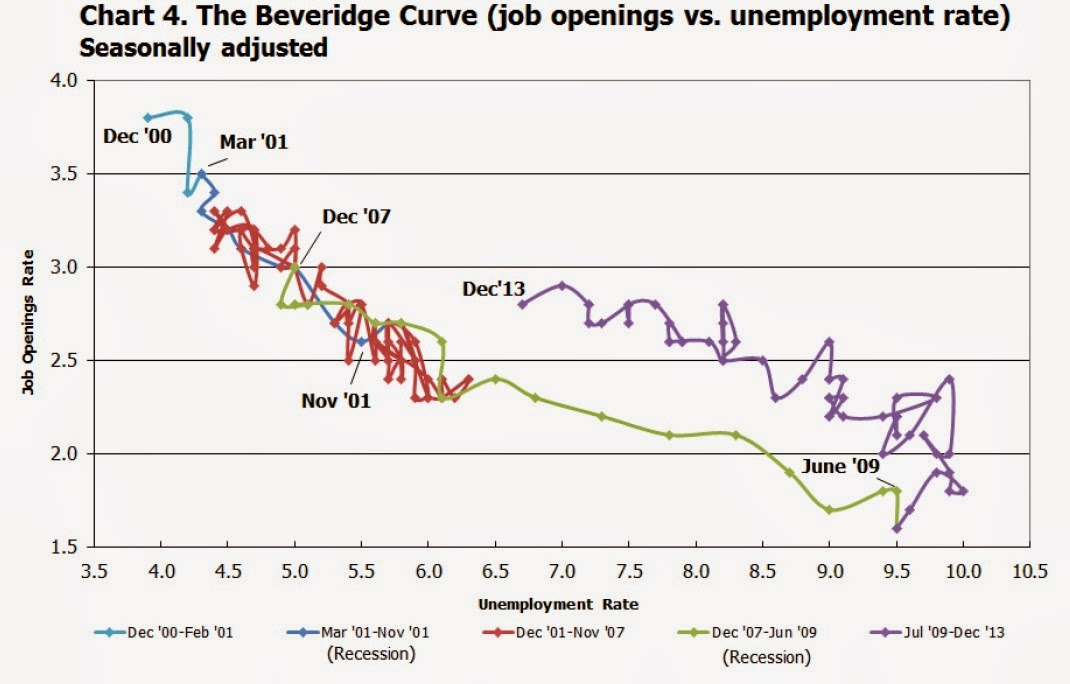 The JOLTS report just reports these statistics, and isn't about analyzing the possible underlying causes for such a mismatch. Here is a blog post from August 2012 some additional background on Beveridge curves, historical patterns, and their application to the U.S. economy in recent years.