American Leisure: TV and a Bit of Socializing

The most fundamental tradeoff that individuals face is time: no matter your income, education level, gender, ethnicity, we all get precisely 1,440 minutes each day, and 168 hours each week. The American Time Use Survey, conducted by the Census Bureau, surveys a nationally representative group Americans on their use of time. Here are some patterns of American leisure.

Americans average about five hours of leisure time each day, and they spend 55% of that time watching television.

In the April/May issue of 1843 magazine (published by The Economist), James Tozer digs down into the American Time Use Survey data a little further, in a short "What the numbers say"  article on "Leisure time." For example, here's a breakdown of total leisure per day, in minutes, by demographic categories. Men, the less educated, and the elderly tend to have more leisure time. 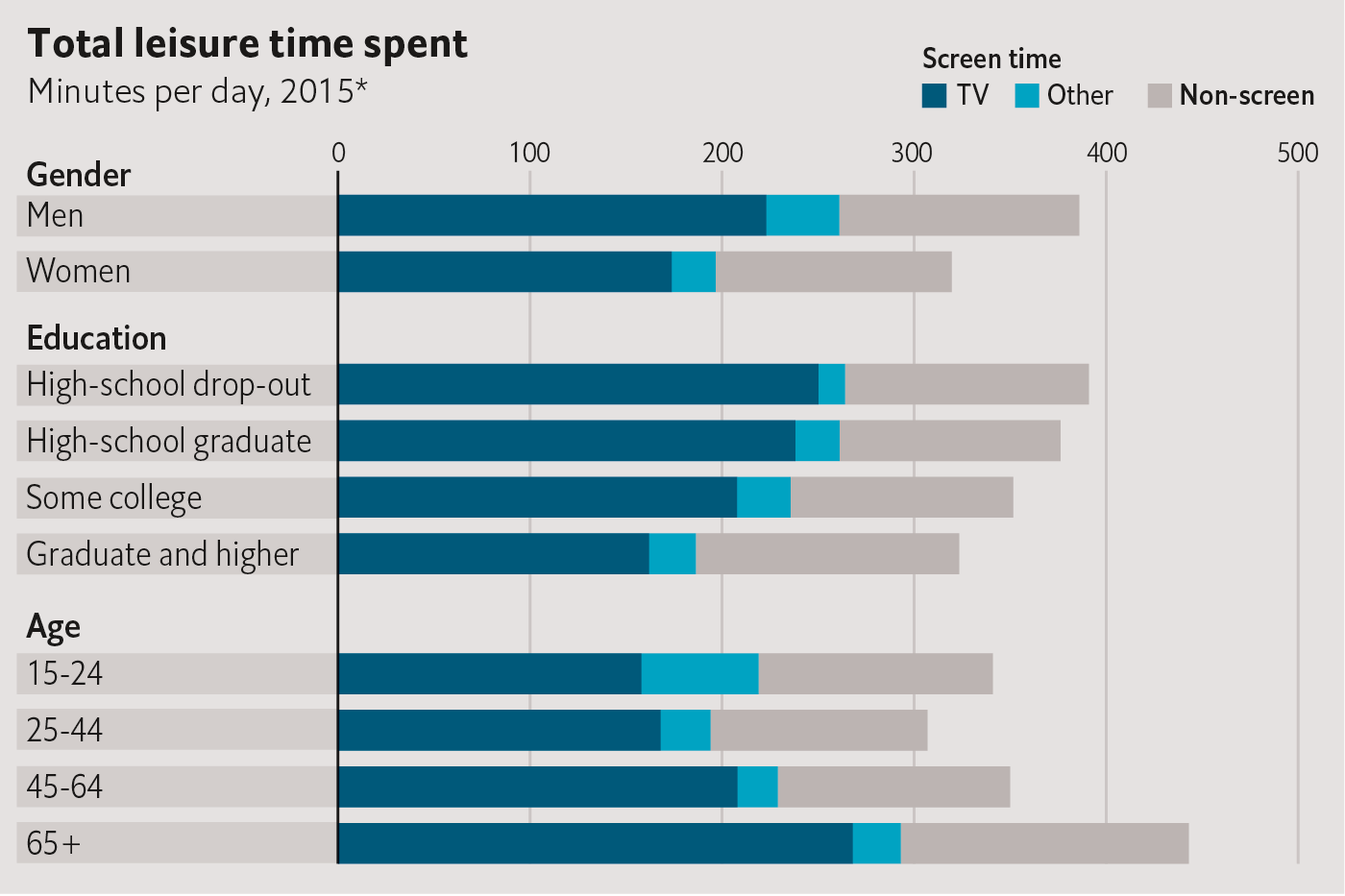 Tozer also looks at how leisure time changes between 2006 and 2015. In this figure, the size of the circles is proportional to how much time was spent on leisure time just on weekends and holidays. The different colors show age groups. The axis on the right-hand side shows how time spent in these categories shifted from 2006-2015. Thus, older folks are watching more TV and spending less time on reading and thinking. Younger folks are spending a little less time watching TV, a lot less time socializing, and a lot more time on their computers and phones. 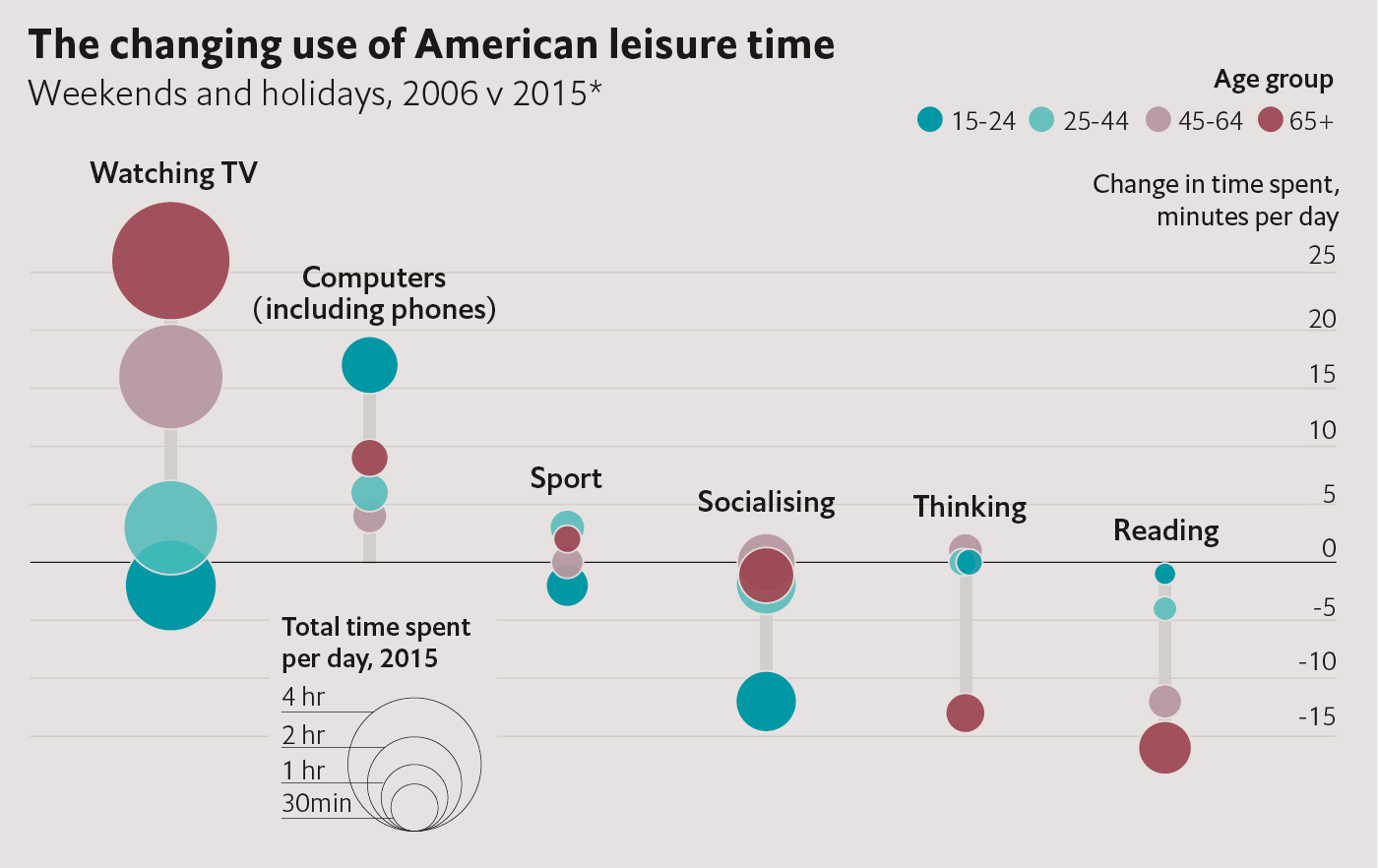 As I wrote about five years ago on this website:


Economists sometimes quote the old proverb: "De gustibus non est disputandum." There's no arguing over taste. We tend to accept consumer tastes and preferences as given, and proceed from there. I suppose that those of us who blog, and then hope for readers, can't really complain about those who spend time looking at a screen. I certainly have my own personal time-wasters, like reading an inordinate number of mysteries. I assume that for many people the television is on in the background of other activities. But at some deep level, I just don't understand averaging 8 hours of television per day [per household]. I always remember the long-ago jibe from the old radio comedian Fred Allen:"Television is a medium because anything well done is rare."