Some decades ago, institutions of higher education used to follow a philosophy of "faculty governance," which was that the faculty of the school--especially the tenured faculty--took the lead in running the institution. But at many places, that philosophy has been on life-support for decades. Consider these comments from economist Barbara Bergmann from almost a quarter-century ago in 1991, when she was president of the American Association of University Professors (AAUP).

Undetected, unprotested, and unchecked, the excessive growth of administrative expenditures has done a lot of damage to life and learning on our campuses. On each campus that suffers from this disease, and most apparently do, millions of dollars have been swallowed up. Huge amounts have been devoted to funding administrative positions that a few years ago would have been thought unnecessary. If it were just a matter of the money wasted, that would be bad enough. But the bloating of college administrations over the past decades has made administrative performance worse rather than better. It has bogged us down in reels of time-consuming and despair-creating red tape. It has
fostered delusions of grandeur among some of the administrative higher-ups, whose egos have grown along with the size of the staffs under their supervision.

John W. Curtis and Saranna Thornton quote Bergmann in their recent essay "Losing Focus: The Annual Report on the Status of the Profession, 2013-14," published in the March-April 2014 issue of Academe

(which is published by the AAUP). The essay has lots of detail about salary increases, the role of sports in the budgets of higher education, and more. Here, consider two figures.

The first shows percentage change in number of employees at higher education institutions from from 1975-76 up to 2011. The U.S. government statistics are that the enrollment in post-secondary education was 8.8 million in Fall 1975, and 21.8 million in Fall 2013 (see Table 3 in this issue of the Digest of Education Statistics)--an increase in enrollments of about 150%. How did the higher education sector respond to this more-than-doubling of enrollment? Well, the part-time faculty rose by 286%, non-tenure-track full-time faculty rose by 259%, and full-time nonfaculty professionals rose by 369%, and full-time executives rose by 141%. Meanwhile, the full-time tenured and tenure-track faculty, who are theoretically at the heart of a philosophy of faculty governance, increased by 23%. 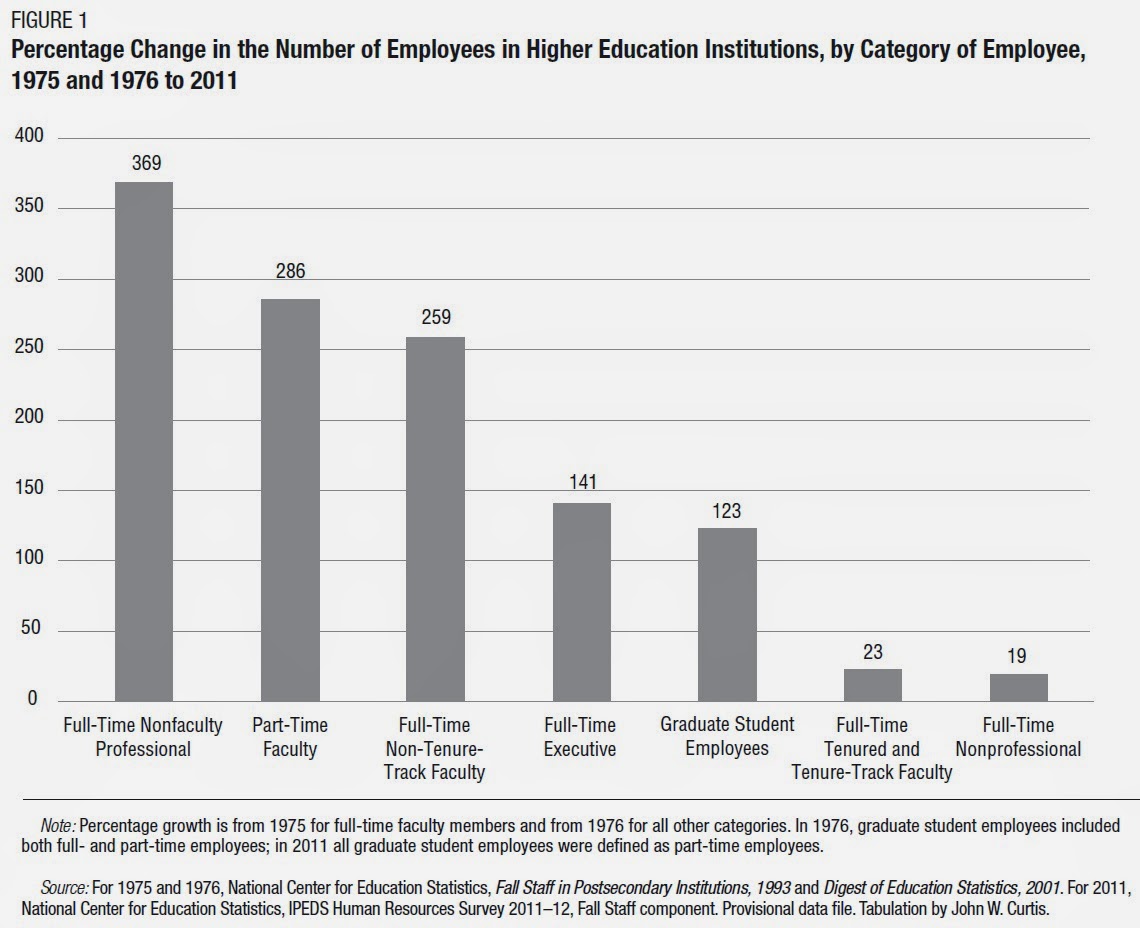 As the share of tenured faculty members has fallen and the share of non-faculty employees of higher education has risen, pay raises have followed. This figure is divided into public and private schools, but the overall pattern is similar. The total pay raises for professors, associate professors and assistant professors from the late 1970s up to the present have lagged well behind the pay raises for those at the top of the administrative hierarchy. 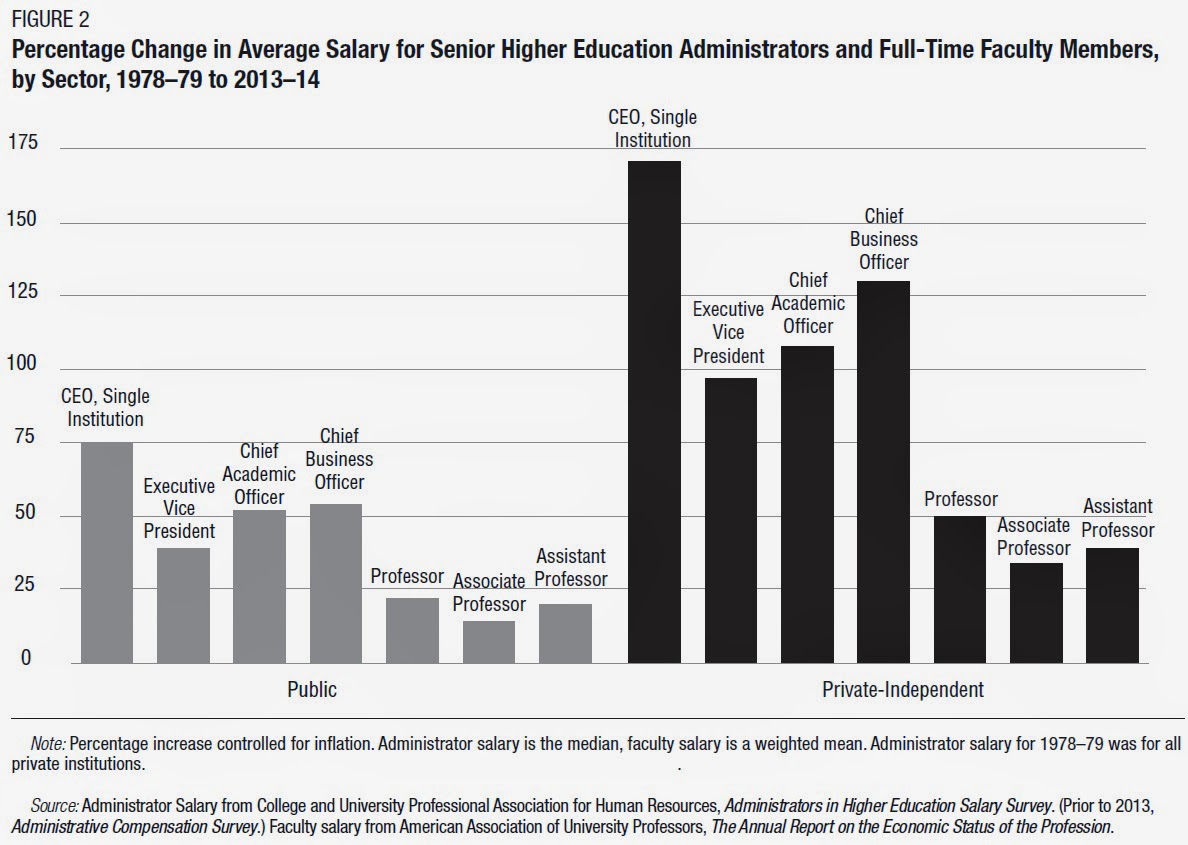 Institutions are made up of groups of people, and when some groups become relatively larger and better-paid than other groups, the balance of power in the institution shifts. Bergmann was already concerned about excessive growth of administration in higher education a quarter-century ago. Many faculty at institutions of higher education have been quite willing to hand over the reins of steering their institutions to non-faculty professionals, and instead to retreat to their research and their classrooms. Many administrators have been quite willing to take up those reins. The role of tenure-track faculty in higher education has diminished, and the role of administrators has increased. For those who would like more detail, a February 7, 2014, post with a similar theme is here.