Every American politician favors families. But compared with other countries, the spending doesn't back up the rhetoric. The OECD has published its 2014 Economic Survey of the United States, and which includes a "Thematic Chapter" on "Improving Well-Being." The chapter offers this figure on what share of GDP is spent on programs supporting families. The average OECD country spends 2.6% of GDP on programs focused on supporting families. The U.S. ranks third from the bottom on this list exceeding only Mexico and Korea. 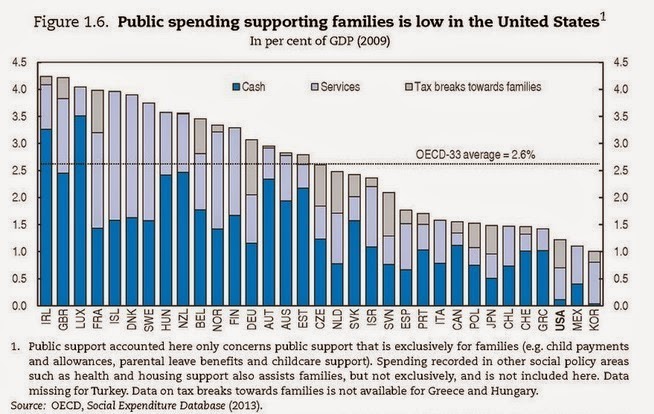 As the figure shows, many countries make substantial cash payments specifically to families with children. the U.S. has largely shifted to supporting families with children through the tax code--like the child tax credit and the earned income tax credit. Public support in the U.S. for child care and parental leave are also relatively low. For example, here is how the U.S. compares with other OECD countries in education spending. The U.S. stacks up pretty well in spending on K-12 education, but lags well behind in spending in early childhood. 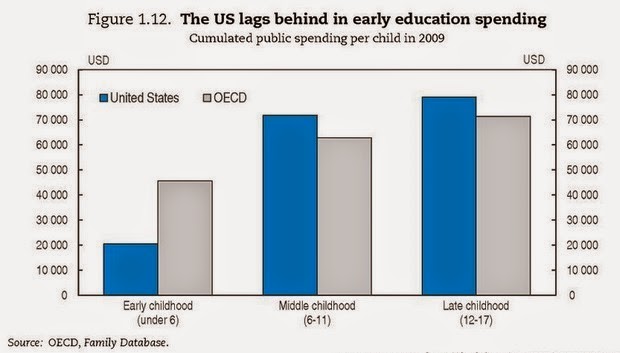 Perhaps not surprisingly, a relatively smaller proportion of U.S. four-year olds are enrolled in a some kind of school or preschool program. 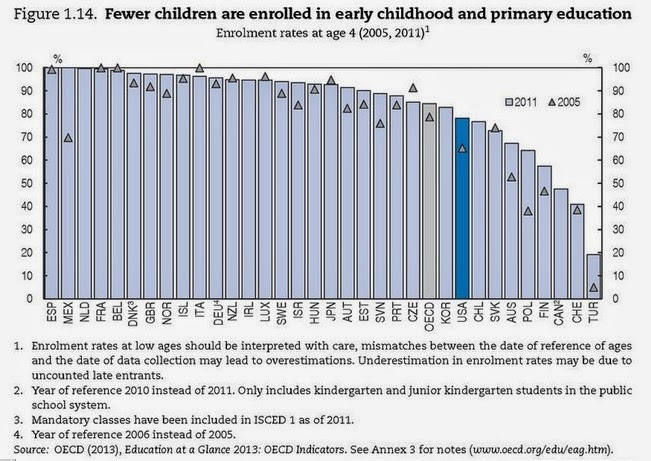 From time to time on this blog--for example, here, here, and here--I've aired concerns that the U.S. research on benefits of early childhood education is a good deal less convincing than I would like. But the young children of today will be America's adults of tomorrow. For my comfort level, too high a proportion of those American children are struggling academically and socially. At the youngest ages in particular, the U.S. government just isn't making that much of an effort.