The global energy industry is going through a period of disruptive transition for at least four main reasons:


As a context for thinking about these changes, last month I offered an overview of "The U.S. Energy Picture." Here, I'll offer some global perspective on energy consumption, drawing from the BP Statistical Review of World Energy for 2014.

As a starting point, here are the patterns for consumption of "primary energy," which is energy as produced directly from a natural input. (The other energy sources are all converted so that they are equal to the energy in barrels of oil.) Oil, shown by the green area, is the dominant fuel, but as the report notes, "it has lost market share for 14 years in a row." Hydroelectric power is the blue area, and "other renewables" is the very skinny dark orange area. The report notes: "Hydroelectric and other renewables in power generation both reached record shares of global primary energy consumption (6.7% and 2.2%, respectively). 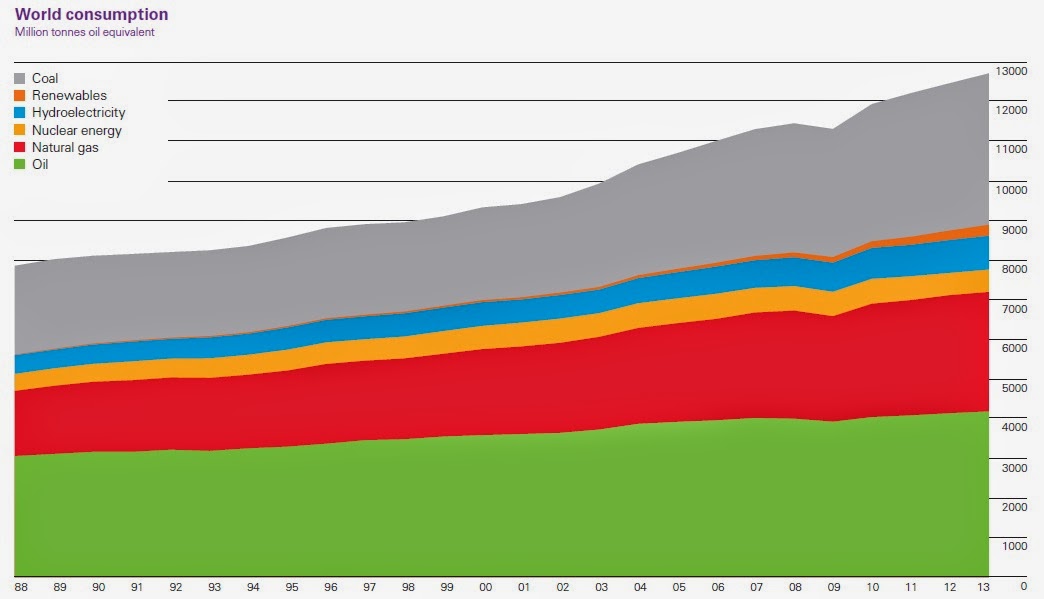 As I've explained here and here, it is by no means obvious that solar and wind are a cost-effective choice for energy production, either now or in the relatively near future, even with the benefits of lower carbon output figured into the mix. My guess is that they will continue to grow at what look like rapid rates, but because they are starting from such a small base, they will still be a relatively small share of global energy consumption a decade or two from now. As a sample calculation, imagine that the 2.2% of energy consumed that is wind and solar grows by 10% per year, every year for the next 20 years. And imagine also that total energy consumption grows by an average of 3% per year over the next 20 years. By my calculation, wind and solar would then have grown to only 8.2% of world consumption 20 years from now.

Here are some consumption patterns for the major energy sources oil, natural gas, nuclear energy, and coal. Be cautious about making comparisons between the figures too quickly, because what is being measured on the vertical axis is typically not the same.

For oil, consumption is fairly flat in North America and in Europe, but rising in South and Central America, in the Middle East, and especially in the Asia-Pacific region. 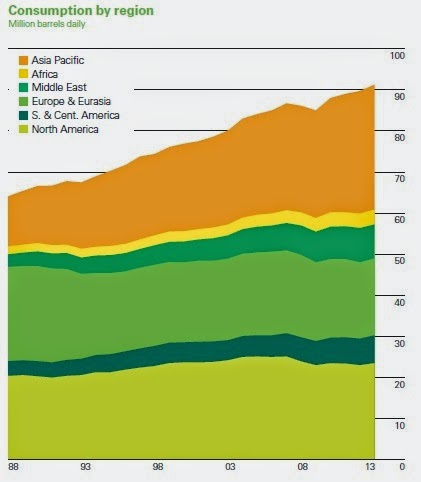 For natural gas, consumption is on the rise, not just in North American but in other regions, too. 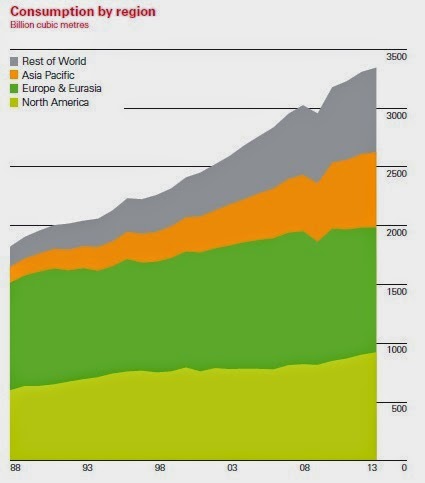 For nuclear power, consumption has leveled off at around the start of the 21st century, and then dropped in the aftermath of the Fukushima disaster in March 2011. As I've argued on this blog, nuclear power has come to be seen as involving very high start-up costs, even setting aside its environmental issues. 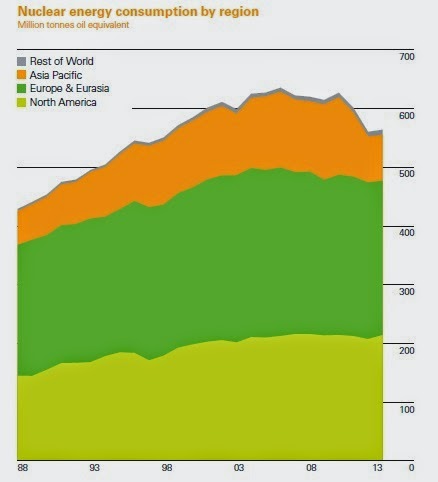 For hydroelectric, you can see that South and Central America, and the Asia Pacific region, have been on a dam-building spree the last decade or so. 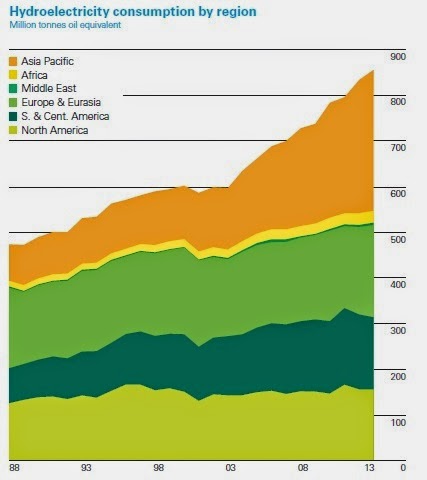 For coal, consumption has been fairly flat or even falling in much of the world, but rising very quickly in the Asia-Pacific region, led by China and India. 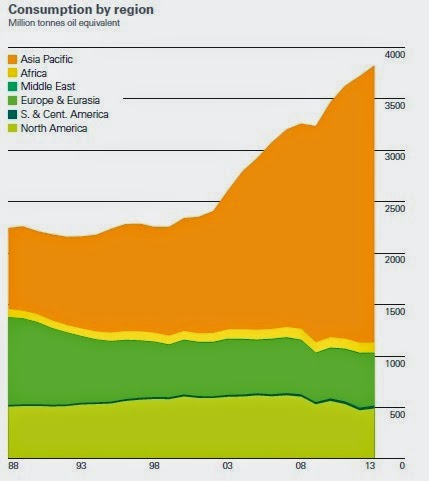