What Americans Know About Their Economy

An old friend of mine, when teaching a course in introductory economics, used to give students a list of 10 economic statistics that he wanted them to know on the final: basic stuff like the unemployment rate, the poverty rate, total federal spending, the level of Dow Jones Industrial Average, and the like. The first 10 questions of the final just asked students to recite these statistics. He used to rant and laugh a bit about the results: "It's 10 easy points!  I tell them the ten statistics in advance! And many of them have no clue!"

The Pew Research Center does regular national surveys of what Americans know about the news. Here are the questions and answers about economics from the September 25-28 survey.

Many Americans dramatically overstate the unemployment rate and the poverty rate. 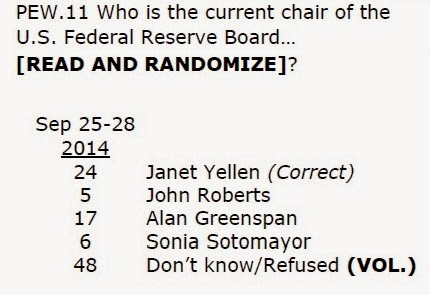 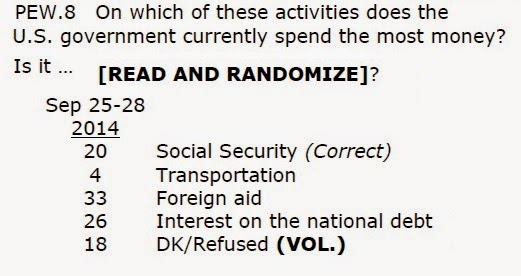 One statistic where Americans do seem fairly accurate is the minimum wage. 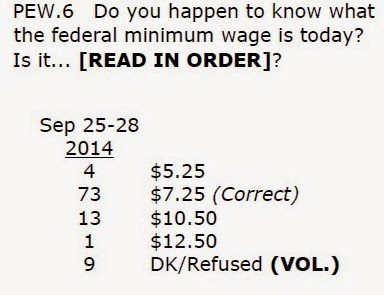 There's an old saying often attributed to Daniel Patrick Moynihan that "Everyone is entitled to their own opinions, but not to their own facts." In public opinion surveys, of course, people are offered a chance to assert facts that reflect their own frame of mind. For example, Social Security is popular, while foreign aid is  not, and therefore people (wishfully) hold the opinion that we must not be spending too much on Social Security, but are spending a lot on foreign aid that could cut with little domestic pain.  But it's obviously tricky to have a productive social discussion about economic issues when there is little agreement on central facts.
Posted by Timothy Taylor at 9:30 AM