An Economist Chews Over Thankgiving


U.S. agriculture is full of examples of remarkable increases in yields over a few decades, but they always drop my jaw. I tend to think of a "turkey" as a product that doesn't have a lot of opportunity for technological development, but clearly I'm wrong. Here's a graph showing the rise in size of turkeys over time.

The production of turkey remains an industry that is not very concentrated, with three relatively large producers and then more than a dozen mid-sized producers. Here's a list of top turkey producers in 2011 from the National Turkey Federation: 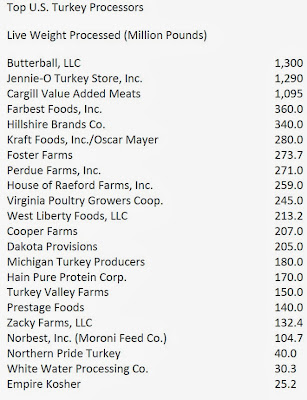 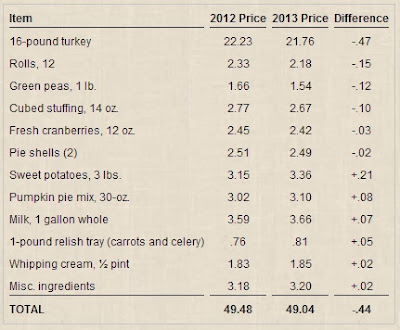 (Note: This is an updated version of a post that was first published on Thanksgiving Day 2011.)

For those whose appetite for turkey-related economics is not yet satiated, I recommend that you turn next to the article in the New York Times last Sunday by Catherine Rampell, which tackles the puzzle of why the price of frozen turkeys tends to fall right before Thanksgiving, when one might expect demand to be highest. The article is here; a blog post with background information is here.