Numbers, Fertility, and Life Expectancy for the Human Race 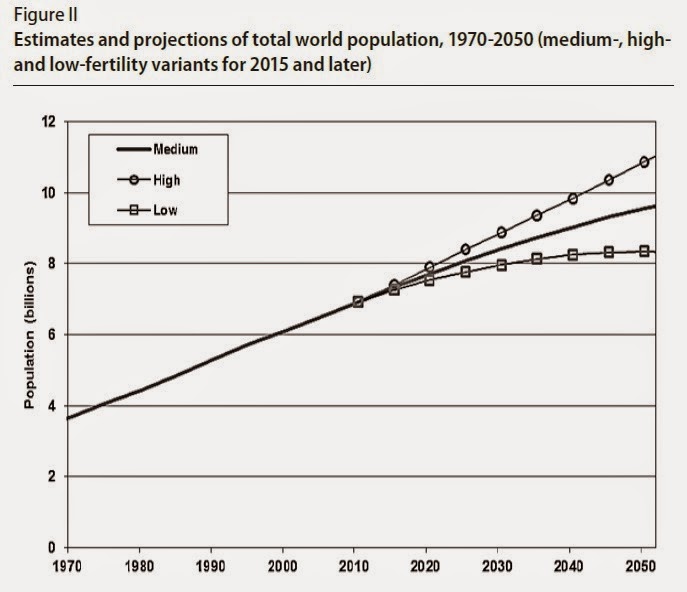 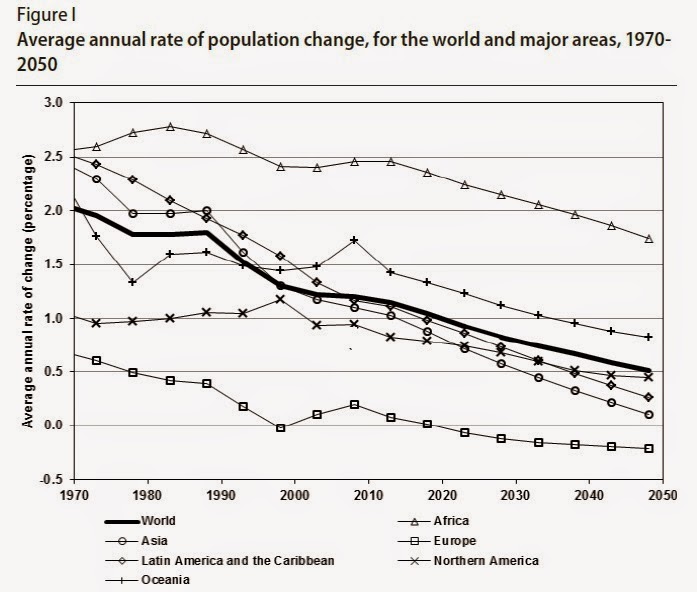 These lower rates of population growth are reflected in lower fertility rates. Back in 1970, only Europe and Northern America had fewer than three births per woman. Now the world average is less than  three births per woman, although Africa's rate remains higher. Still, Africa's birthrate per woman roughly matches where Latin America and Asia were in the late 1970s, and fertility rates can in some cases shift quite rapidly. 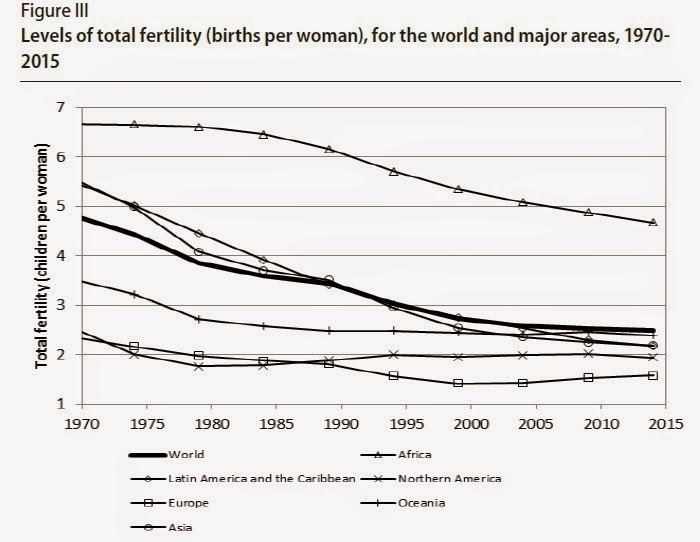 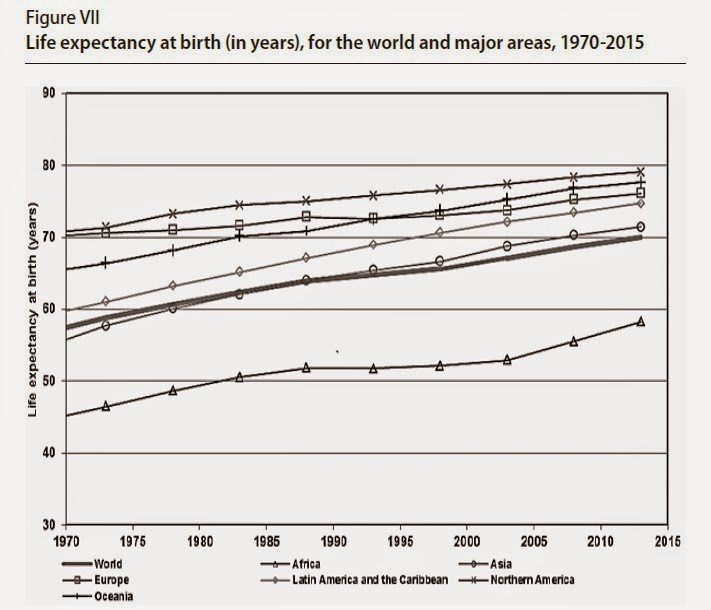 Indeed, much of the remaining disparity in life expectancy happens not in old age, but among children. For the world as a while, about one child in every five died before reaching the age of 5 back in the 1950s. Now, only about one child in 20 dies before reaching the age of five. Even in Africa, the under-5 infant mortality rate has dropped to what the world average was as recently as the early 1980s. 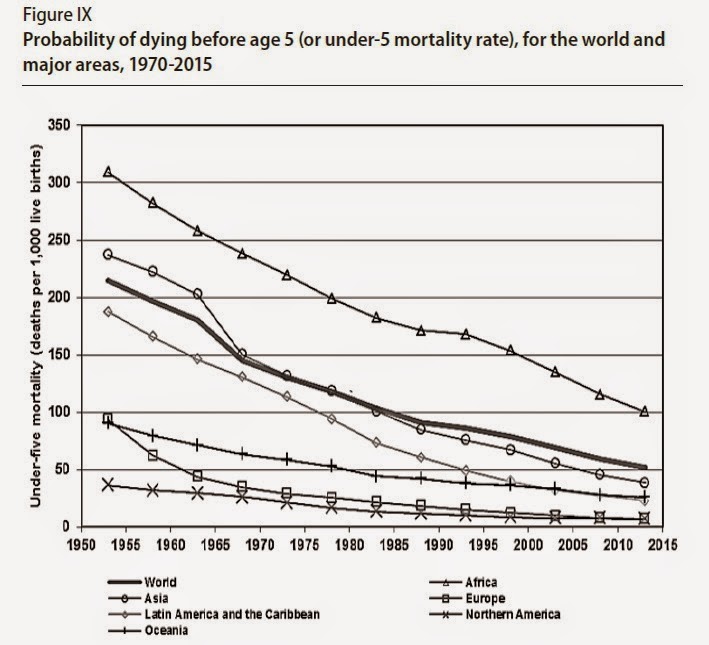 These figures are all telling us something about how the typical or common life experience of a member of the human race is changing over time. In many countries of the world, population may move to different locations, but population is growing by little or nothing. Nuclear families are smaller. Women are spending less time pregnant, but when children are born, the parents are far less likely to face the tragedy of an early death (which of course could make such tragedies feel even more painful when they do occur). With longer life expectancies and smaller families, a giant family reunion in modern times is less likely to have a few older people and a swarm of children than the equivalent event a few decades ago. Instead, the attendees at that giant family reunion may be distributed fairly evenly across four generations. In these and other ways, our fundamental feelings about what seems usual and common in our families and communities is fundamentally different from previous generations of the human race.