How do minimum wages around world compare, and how have they changed in the last few years? The OECD offers an overview in a May 2015 FOCUS report called "Minimum wages after the crisis: Making them pay."

As a starting point, here's the minimum wage relative to median income in various countries. The blue diamonds show the proportion in 2007; the orange triangles show the proportion in 2013. The minimum wage stayed the same or rose in most countries, with a few exceptions like Ireland, Greece, and Spain. The US would have ranked lowest in ratio of minimum wage to median wage in 2007 (lowest blue diamond), but ranks third-lowest after the recent increases. Of course, some will see this relatively low level as cause for concern, while others will see it as cause for congratulation. The minimum wage as a share of income for Colombia may be misleading because it applies only to workers in the "formal" sector of the economy, and those in the informal sector would on average have lower wages. 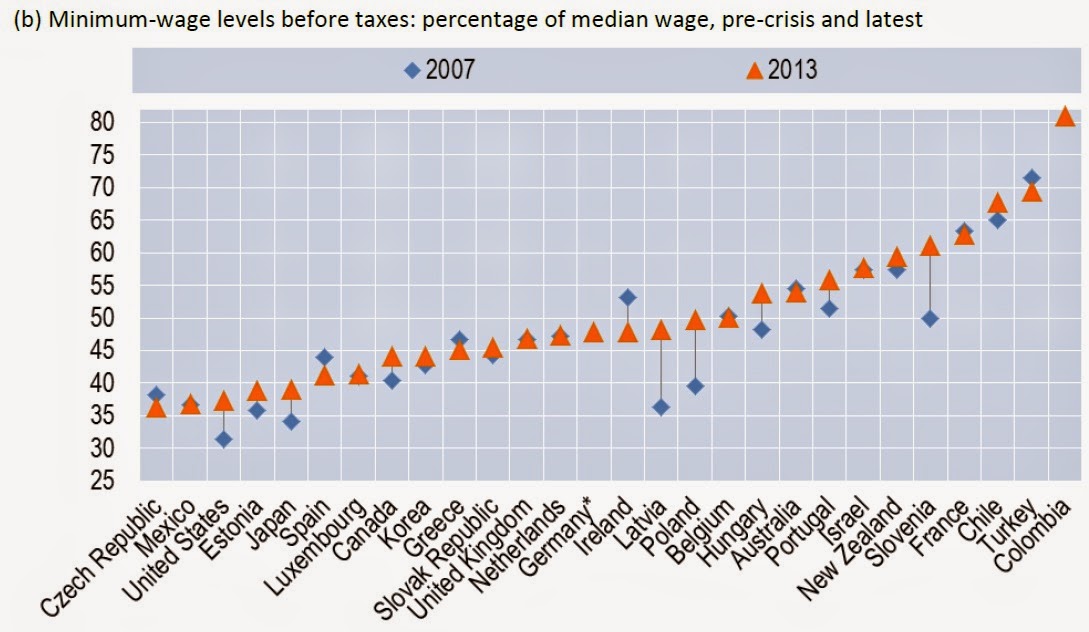 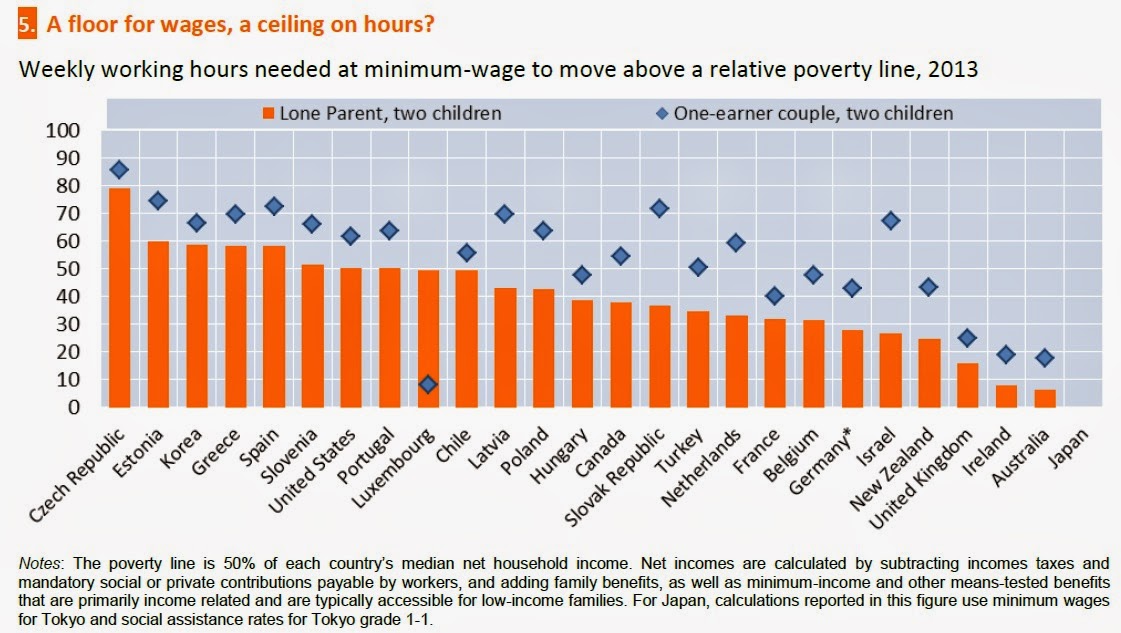 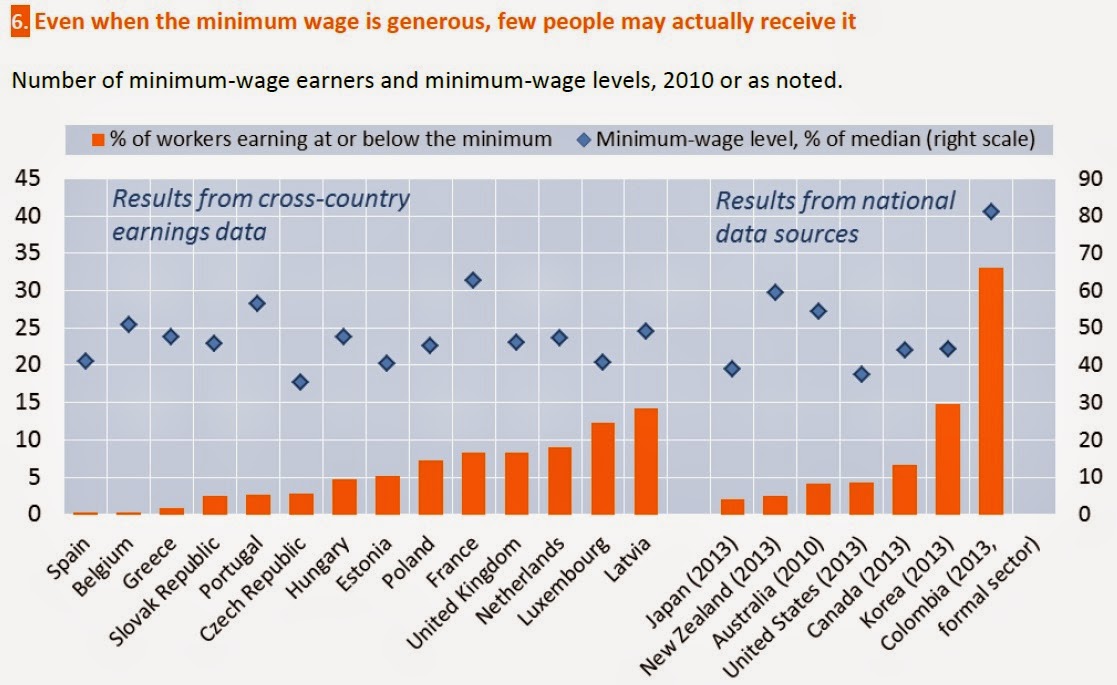