The Shifting Geographical Center of US Population

Maybe this is the kind of factoid that is only of interest to me, but the US Bureau of the Census calculates the "mean center of population for the United States"--that is, if you average the locations where everyone lives in the US, what's the average location? 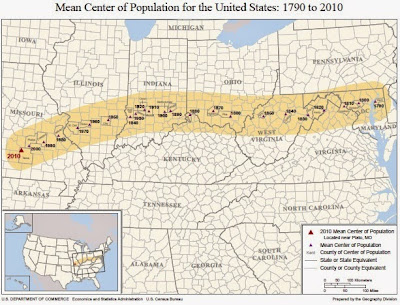 I found myself mildly surprised by three factors about the movement of the average location of an American in the last couple of centuries.