US Dependency Ratios, Looking Ahead

Sandra L. Colby and Jennifer M. Ortman from the US Census Bureau offer some projections about dependency ratios in the March 2015 report "Projections of the Size and Composition of the U.S. Population: 2014 to 2060" (P25-1143).

As the figure shows, the youth dependency ratio is expected to hover around 35%--in fact, to decline a bit--in the decades to come. However, the old-age dependency ratio is on the rise. It's now about 23%, but 2035 will be up to about 38%. Taking the two ratios together, the under-18 population plus the 65-and-over population is now about 60% of the size of the 18-64 population, but the ratio is headed for about 75% in the next two decades. 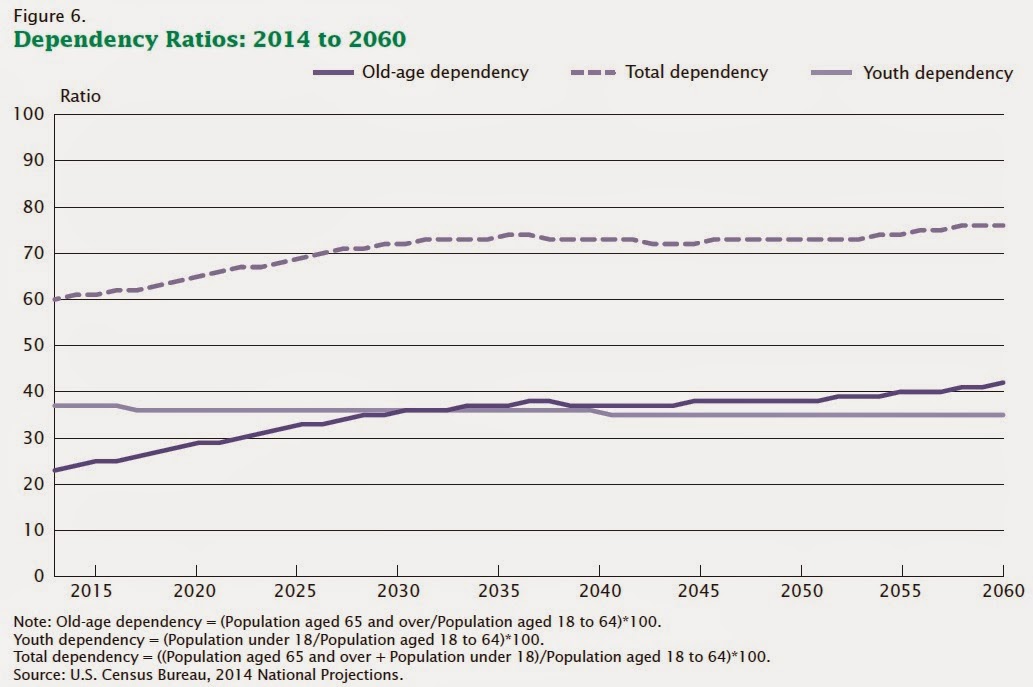 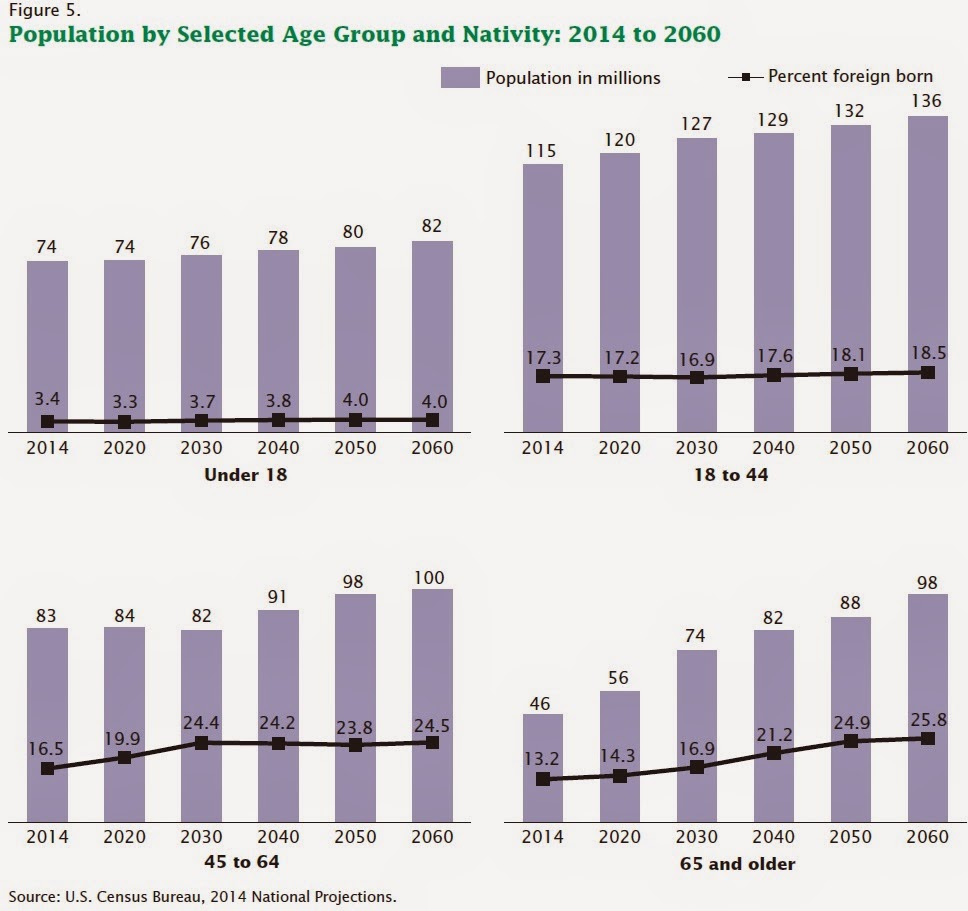 Most of the rise in the old-age dependency ratio happens by the early 2030s. Thus, one can think about the next two decades as a time of transition: transition in public policies affecting the elderly like Social Security and Medicare; transition in work patterns as we seek to encourage at least some of the elderly to stay in the workforce longer; transition is how we think about the design of public services and facilities everywhere from hotel rooms to park trails for a population with a larger share of the elderly; and transition in how we start building systems that can support families and communities in providing assistance and care for the elderly who need it.