Snapshots of US Competitiveness: From Harvard Business School

Back in 2011, the Harvard Business School launched what it called th US Competitiveness Project. The 2016 report, authored by  Michael E. Porter, Jan W. Rivkin, Mihir A. Desai, and Manjari Ramanis, is called Problems Unsolved and a Nation Divided: The State of U.S. Competitiveness 2016.

For the record, the term "competitiveness" can be controversial in a lot of policy discussions, because while being more "competitive" seems like it should be a good thing, the ways in which you are competitive matter. After all, the US would be in some sense more "competitive" in global markets if US wages were lower, but that wouldn't be a desirable policy. The report offers this definition: " A nation is competitive if it creates the conditions where two things occur simultaneously: businesses operating in the nation can (1) compete successfully in domestic and international markets, while (2) maintaining and improving the wages and living standards of the average citizen. When these occur together, a nation prospers. When one occurs without the other, a nation is not truly competitive
and prosperity is not sustainable. If business succeeds but the average worker is losing ground, or when worker incomes rise but businesses can no longer compete, the nation is not competitive. A hallmark of a competitive economy, then, is prosperity that is widely shared."

Some of the discussion in the report is an overview of themes that will be familiar to readers of this blog: how US productivity growth has slowed, labor force participation has fallen, and the like. There are also survey result from HBS alumni about how they see the economy and the policy environment. Here, I'll make no effort to review the report as a whole and I'll ignore the opinions of HBS alumni, but instead will just point to some facts and figures that jumped out at me. 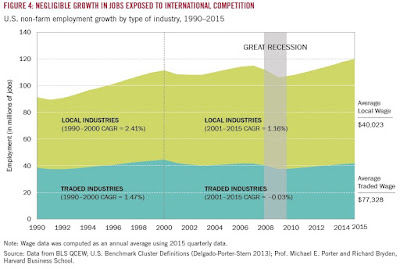 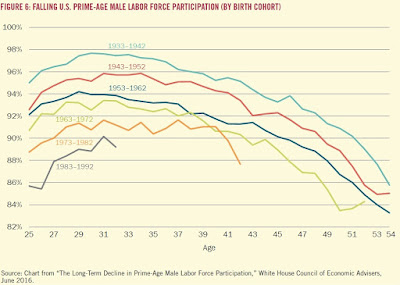 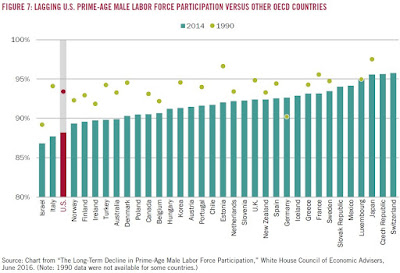 Small businesses are also playing a lesser role in the US economy. The share of all US businesses that is less than 5 years old has been dropping over time, going back several decades. 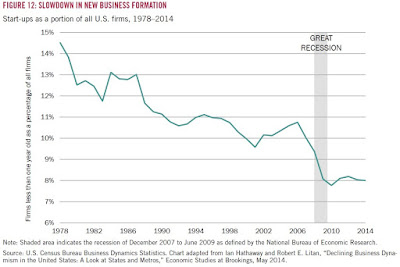 In addition, the share of jobs being generated by small businesses is dropping. The figure shows that the total number of jobs at firms with 1-9 employees, or with 10-99 employees, is about the same now as it was back in the late 1990s. US job growth since the late 1990s is all at larger firms. 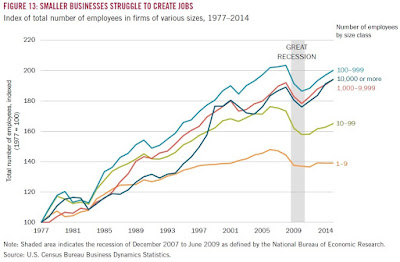 One final snapshot is to point out that the household distribution of income has large stagnated for the last 15 years or so. As I've argued in the past (for example, here and here), the big surge of rising inequality was a 1980s and 1990s phenomenon. 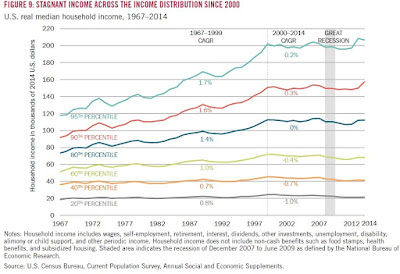 Wisely, the report doesn't try to dig very deeply into these patterns of slow economic growth, effects of a globalizing economy, labor force participation, small business, and incomes that are stagnating at a much more unequal level than several decades ago. It just puts the topics on the table for discussion.
Posted by Timothy Taylor at 11:18 AM