Two Can Live 1.414 Times as Cheaply as One: Household Equivalence Scales

A "household equivalence" scale offers an answer to this question: How much more income is needed by a a household with more people so that it has the same standard of living as a household with fewer people? The question may seem a little abstract, but it has immediate applications.

Similarly, when benefits the poor and near-poor are adjusted by family size, such adjustments are based on a kind of equivalence scale. 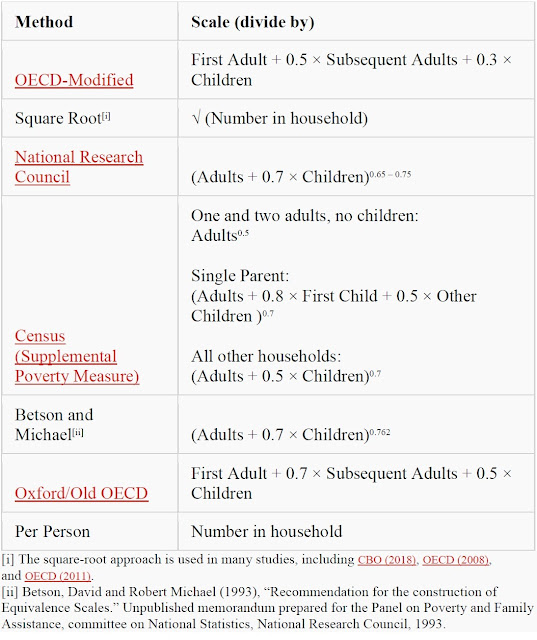 Reeves and Pulliam point out that if you look at the 2017 Tax Cuts and Jobs Act, and how it affects "households" at different income levels, your answer will look different depending on whether you apply a household equivalence scale. For example, think about ranking households by income using an equivalence scale. If there are two households with the same income, but one household has more children, then the household with more children will be treated as having a lower standard of living (or to put it another way, a household with more children would need more income to have the same standard of living). The 2017 tax law provides substantial benefits to families with children.