Behind the Long-Term Rise in U.S. Health Care Costs

There is ongoing controversy over where U.S. health care costs are headed next. Has the rate of growth slowed, and if so when and why? Did it just slow briefly during the aftermath of the Great Recession and now is speeding up again? Health care expenditures in the U.S. economy were 5% of GDP in 1960, and have risen steadily to 17% of GDP. Of course, if health care is getting a bigger slice of the GDP pie, then other desireable areas of spending, both for households and for government, must be getting a smaller slice. Indeed, the projections for rising health care costs are by far the largest factor that drives the projections of expanding federal budget deficits in the long run.

Louise Sheiner offers some useful "Perspectives on Health Care Spending Growth"  in a paper recently written for the Engelberg Center on Health Care Reform at the Brookings Institution. She makes the point that even as health care costs have been rising, public and private health care insurance has been expanding so that Americans have been paying a lower share of those costs out of pocket. 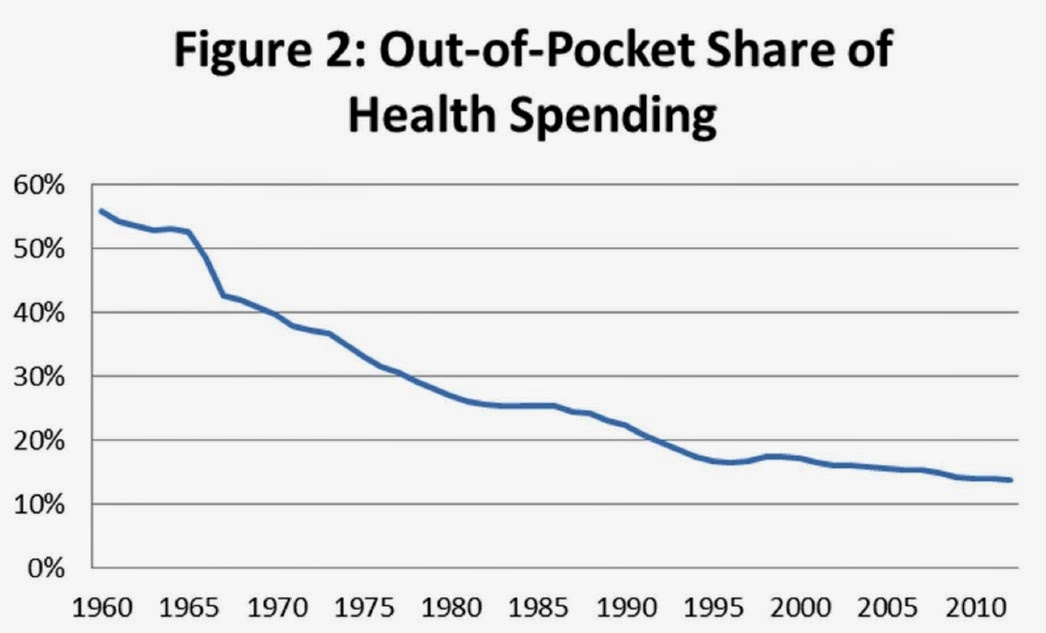 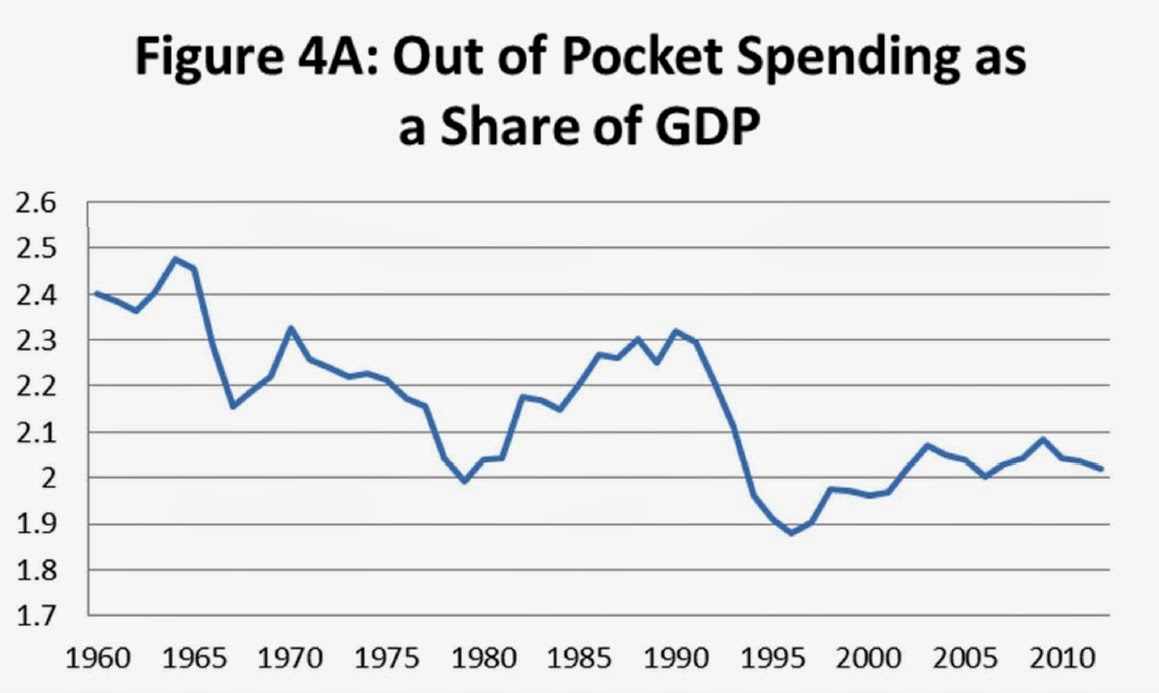 As Sheiner writes: "As [health care] spending rise as a share of income, two things happen: insurance contracts change to insulate people from the risk of large expenses if they become ill, and public programs expand to help maintain access to health services for lower income. Both of these changes fuel increased adoption of health technology. ... It is clear that it is the combination of technological
innovation and a continued willingness-to-pay for that technology that has allowed health spending to rise faster than income for so long. For example, without the dramatic decline in the share of health expenditures paid out-of-pocket, many Americans would simply not have been able to afford the new technologies when they became ill. It is inevitable that this willingness-to-pay will diminish at some point, but we have very little ability to predict when that will be."

What does this mean for the future path of health care spending? Sheiner analyzes patterns of GDP growth over time compared with health care costs. Like other analysts, she observes that the rise in health care costs started slowing down about a decade ago--that is, well before the Patient Protection and Affordable Care Act was enacted in 2009. She cautions against reading too much into this slower rise of health care costs: "[T]he slowdown in health spending growth observed since 2002 is largely the result of the two recessions that occurred in the last decade ... [I]t would be hard to argue that a few years of slower growth should be viewed as a turning point, particularly given that the recent slowdown occurred during unusual times: a decade of very slow economic growth and very low inflation (which made it harder for firms to pass on health insurance costs to their employees and may have required larger adjustments than usual), a major health reform that was accompanied by much confusion and fear, and a huge runup in budgets deficits that intensified attention on the need for future spending cuts."