This comment is usually made in a "gotcha" tone, with a eyebrow-lifting emphasis on official and real, as if those nefarious government economic statisticians are trying to pull a fast one on the unsuspecting public. But color me unsurprised that if you define "unemployment" in different ways, you get a different number. In fact, the Bureau of Labor Statistics has been publishing alternative unemployment rates quite openly since 1976.  Vernon Brundage lays out the distinction in "Trends in unemployment and other labor market difficulties," written as the November 2014 "Beyond the Numbers" from the U.S. Bureau of Labor Statistics.


Here are the six measures of unemployment produced by the BLS. U-3 is the official unemployment rate. (Wiggle eyebrows on official as needed.) 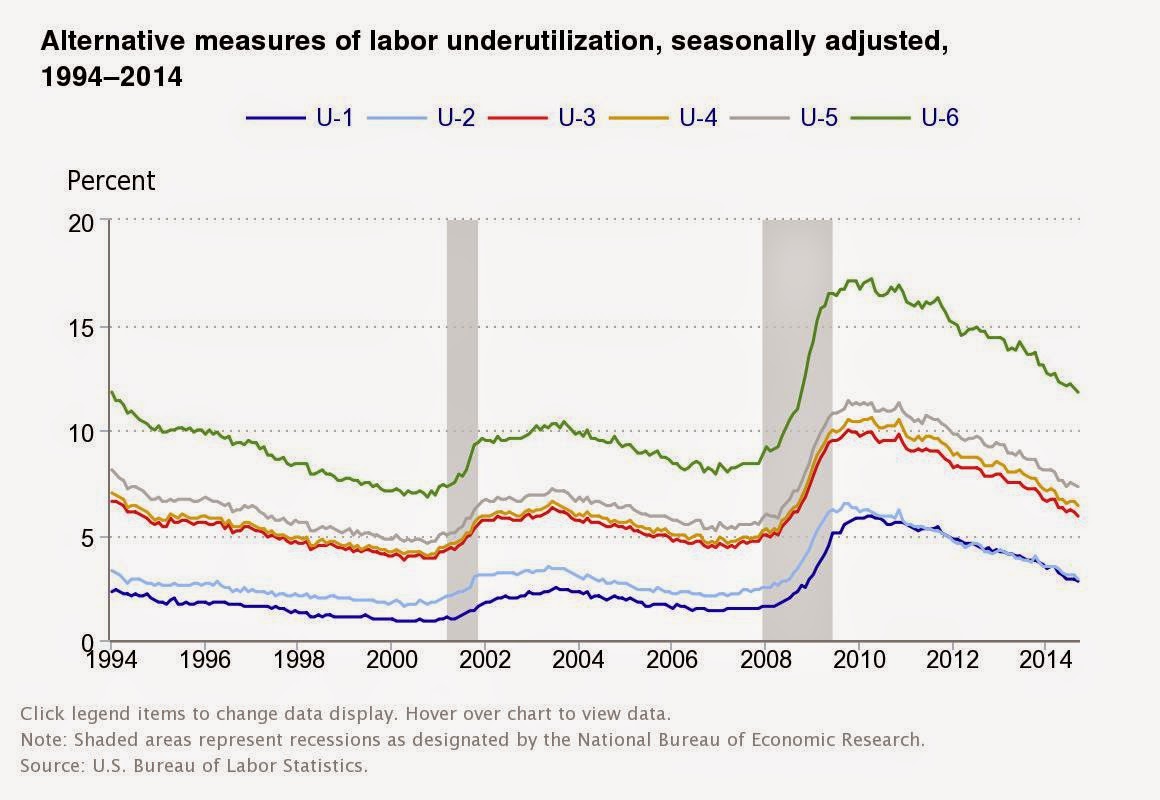 Of course, the relationships between these measures of unemployment do change over time. For exmaple, the U-2 measure of unemployment has usually been higher that U-1, but they have been about the same in the last few years. Brundage explains:


The other change is that the ratio between the broadly defined U-6 unemployment rate and the U-3 official unemployment rate has risen. The broadly defined U-6 rate adds the official unemployment rate to the part-timers who would prefer a full-time job and to the "marginally attached" who have largely given up looking for work. As this figure shows, the number of the marginally attached  has actually not risen too much, but the number of part-timers who would prefer full-time work remains elevated since the end of the recession. 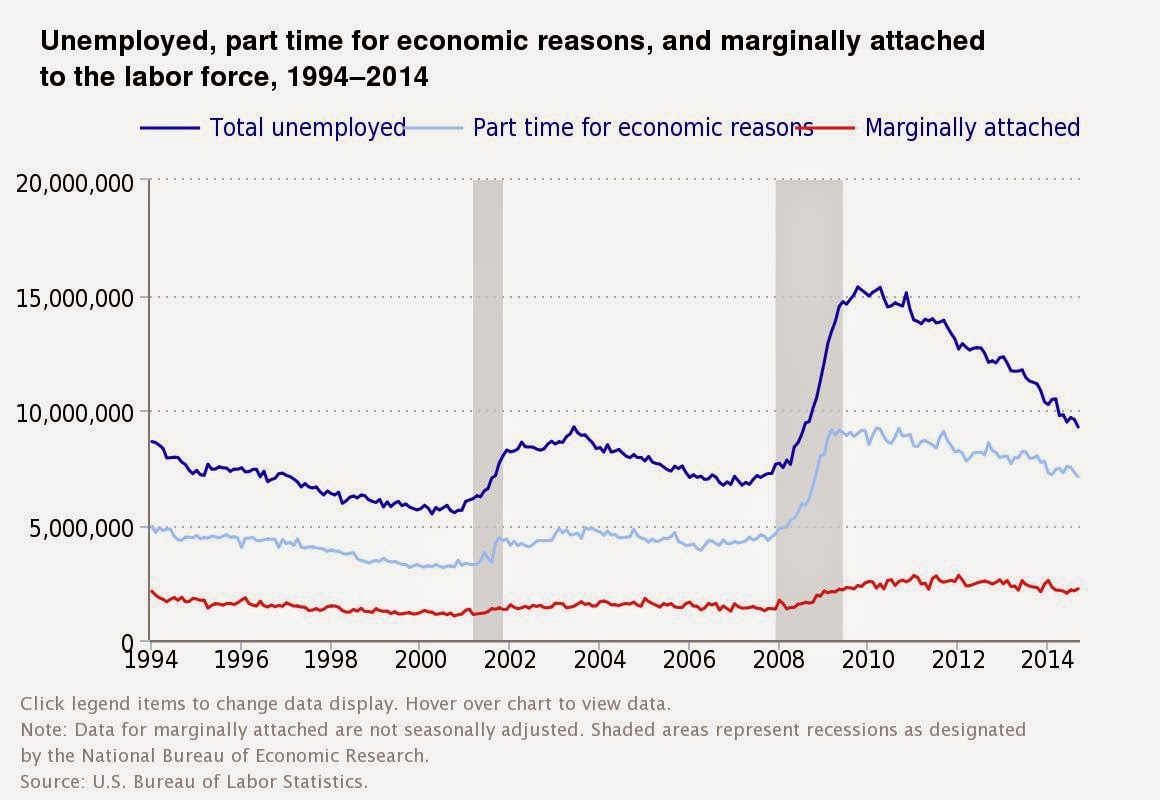 In short, there's no conspiracy here by government statisticians to lowball the official unemployment rate. Each measure of unemployment is defined differently. Each one conveys different information about the labor market. And that's why the Bureau of Labor Statistics quite openly and transparently publishes six different measures.