The Disconnections of Unemployment Insurance 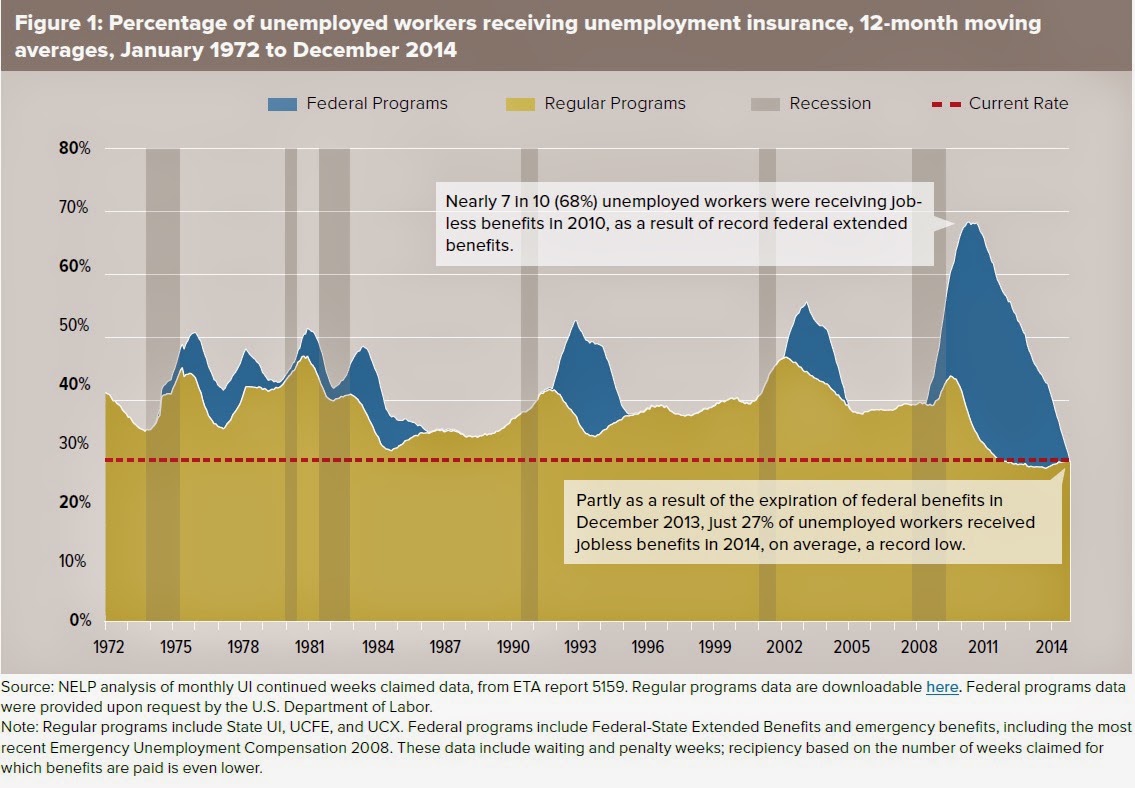 The NELP report lays out a policy agenda for the reform of unemployment insurance. For example, it includes additional funding for reemployment and training services; encouraging part-time employment while the unemployed receive benefits; and making unemployment benefits more accessible to the part-time, temporary, and low-income workers who are less likely to have a high and continuous enough level of earnings in the previous year to meet the current eligibility tests now. Readers interested in redesiging the unemployment insurance system for the 21st century might also might also check my February 13, 2013 post on "Rebuilding Unemployment Insurance."