Everyone knows that the economic future belongs to those who put technology and innovation to work. One part of the formula for economic success for a high-income economy is active research and development, which then offers spillovers that are typically greater for the national economy than for the world economy as a whole. I've posted here about the arguments for raising R&D spending substantially, and here with a global overview of R&D spending. Dan Steinbock offers some additional perspective in  "American Innovation Under Structural Erosion and Global Pressures,"
a February 2015 report written for the Information Technology and Innovation Foundation. 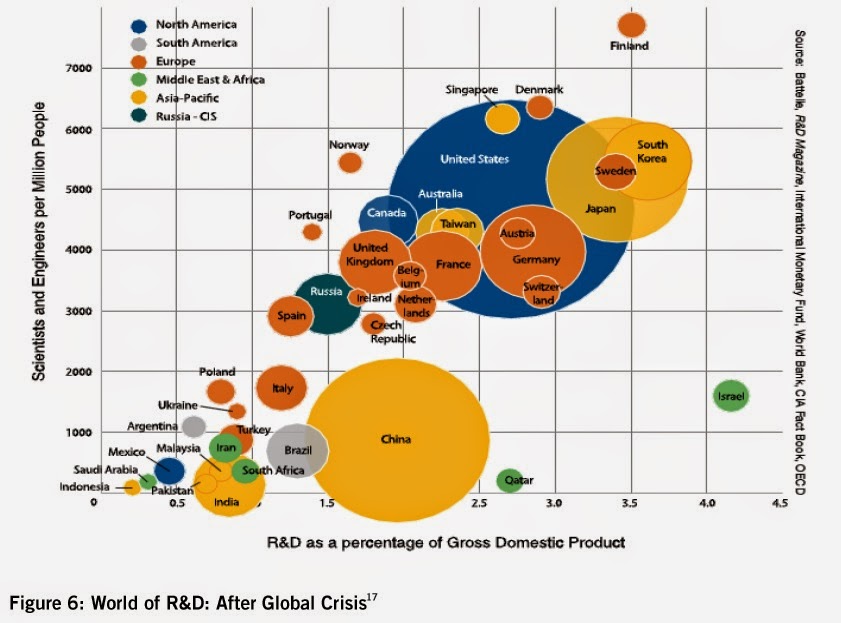 Clearly, the U.S. position in global R&D remains fairly strong. But the US lags behind Germany and Japan, among others, in the share of its economy going to R&D. The size of the yellow circles--Japan, South Korea, Taiwan, Singapore, China, Australia, and India--shows that the region with the largest absolute number of scientists and engineers is now the Asia-Pacific area. The U.S. has had a tradition of leading or being close to the lead in most areas of technology. As technological capacities expand around the rest of the world, the U.S. needs to strengthen its ties to the work being done elsewhere, increase the U.S. R&D effort, or both.

Steinbock lays out a number of trends in U.S. R&D. Here are a few that caught my eye. First, the ratio of R&D spending to GDP hasn't moved much in the US since the 1960s, hovering around 2.5% of GDP. However, federal support for R&D has been falling by this measure over time, while the nonfederal share has been rising. 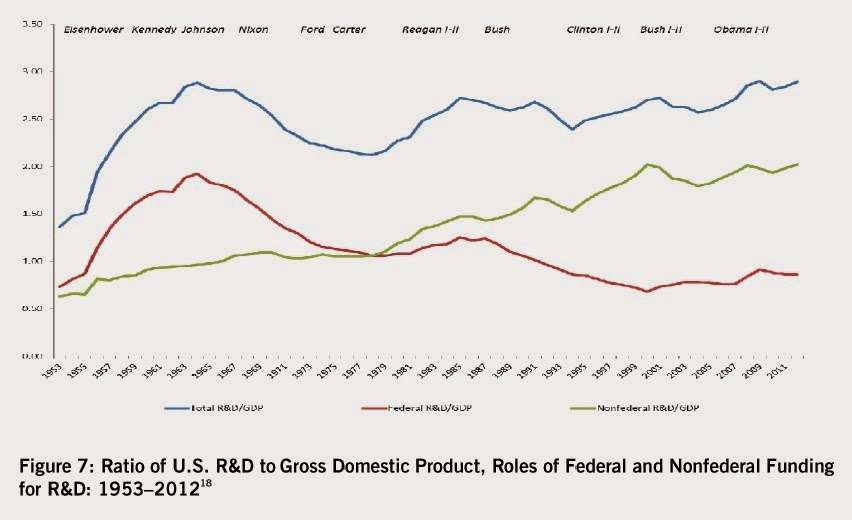 Here's a figure showing federal R&D spending as a share of total federal spending (the red line). For four decades, while pretty much every politician talks up the virtues and importance of R&D spending, the share of the federal budget going in that direction has been sliding gradually lower--including in the last few years. Clearly, when it comes to political clout, researchers are slowly losing the battle. 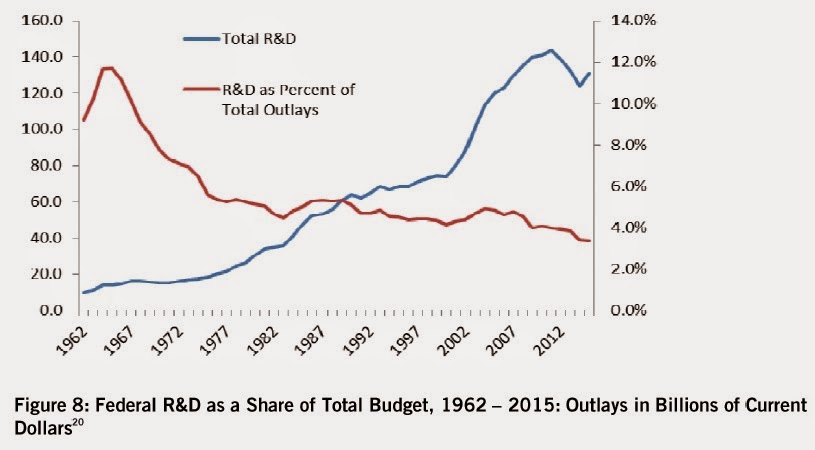 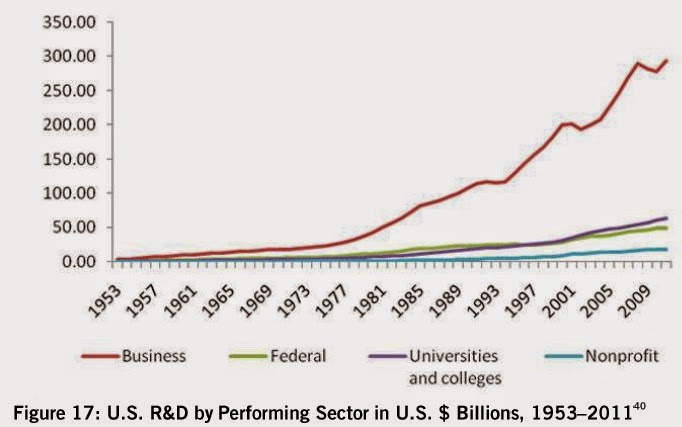 Of cousre, it's highly desireable to have a vibrant R&D effort in the private sector. But it's important to recognize that businesses have a tendency to emphasize the "D" of development, which promises a relatively rapid economic payoff, rather than the "R" of research, where the payoffs for that specific firm are often less clear.  The fear is that the US R&D effort is disproportionately heavy on, say, new phone apps and web dating services, not on tackling basic research in, say, biomedical areas and life sciences, materials science, nanotechnology, and energy production and storage.