The first list shows the 40 disasters that caused the highest insurance losses from 1970 to 2014 (where the size of losses has been adjusted for inflation and converted into 2014 US dollars). The top four items on the list are: Hurricane Katrina that hit the New Orleans area in 2005 (by far the largest in terms of insurance losses), the 2011 Japanese earthquake and tsunami; Hurricane Sandy that hit the New York City area in 2012; and Hurricane Andrew that blasted Florida in 1992. The fifth item is the only disaster on the list that wasn't natural: the terrorist attacks of September 11, 2001. 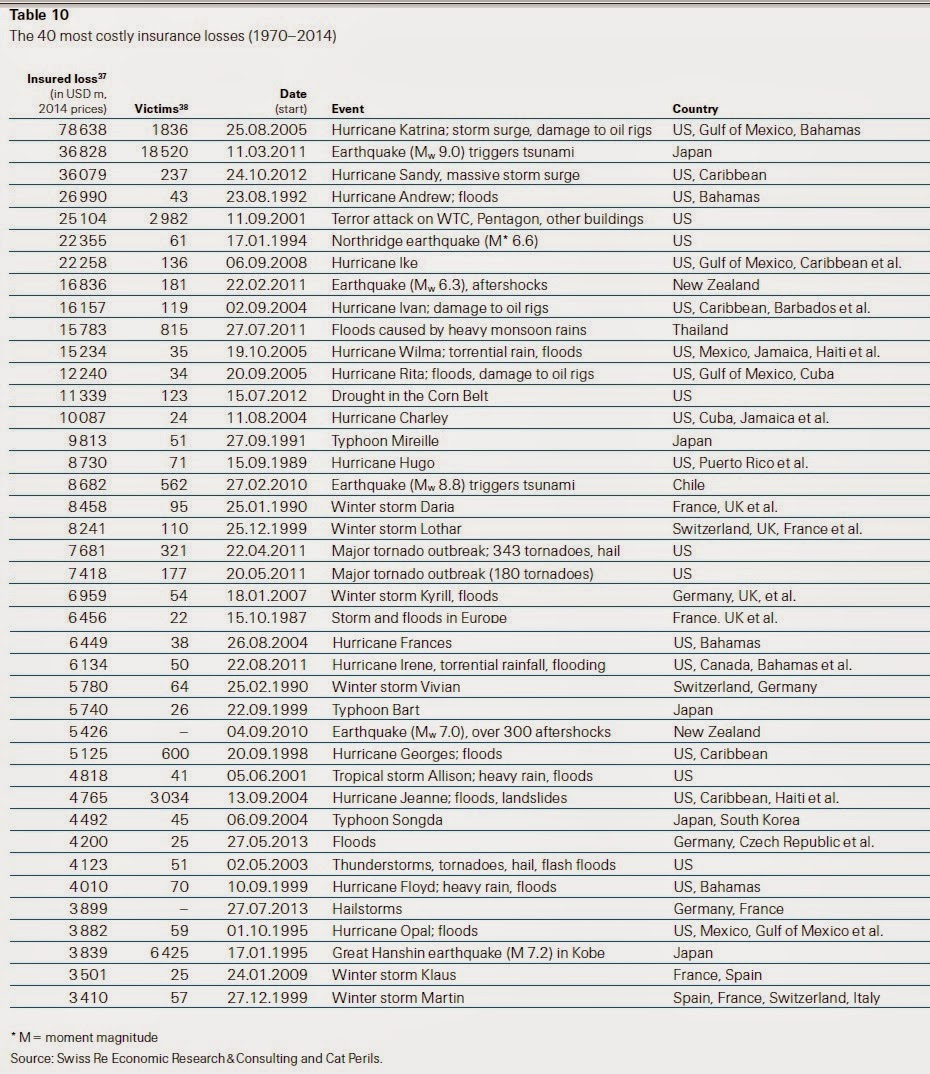 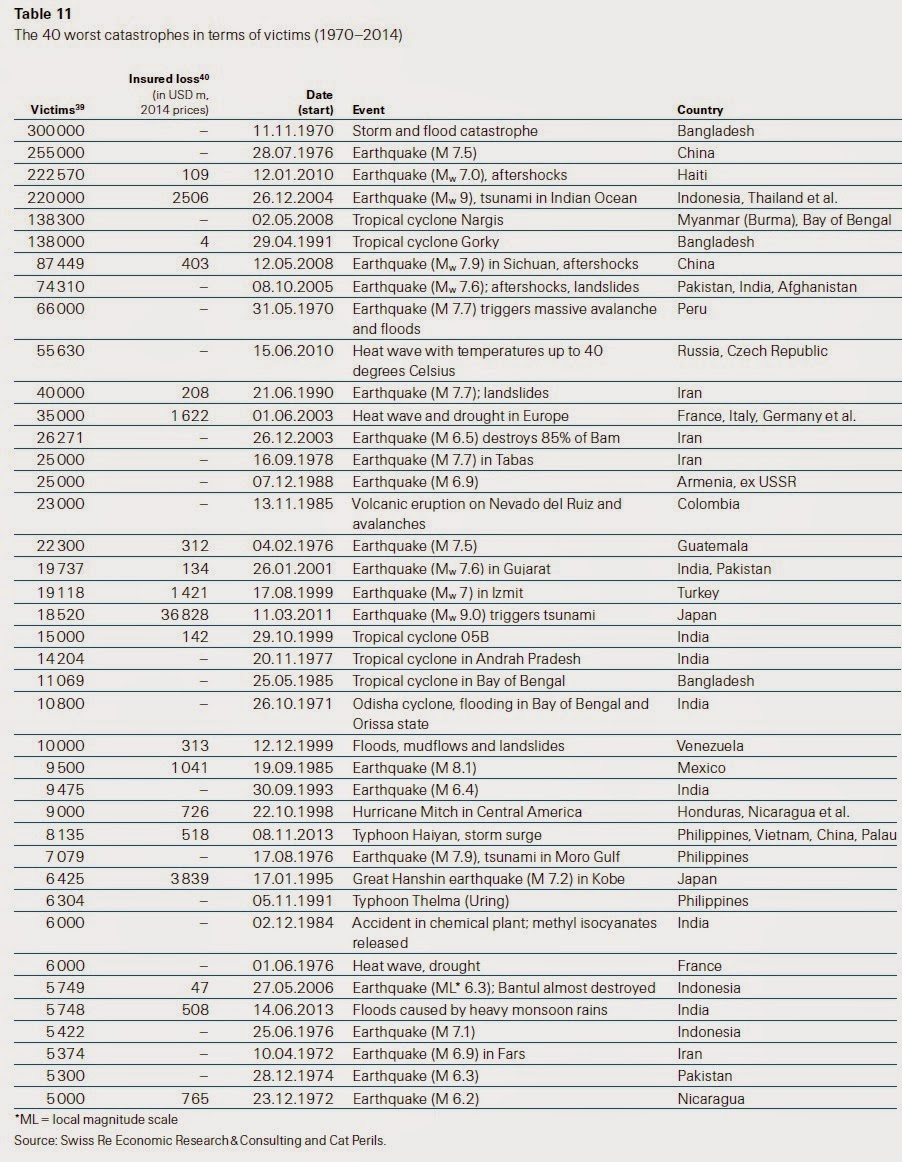 The reason why there is so little overlap between the two lists is of course clear enough: the effects of a given natural disaster on people and property will depend to a substantial extent on what happens before and after the event. Are most of the people living in structures that comply with an appropriate building code? Have civil engineers thought about issues like flood protection? Is there an early warning system so that people have as much advance warning of the disaster as possible? How resilient is the infrastucture for electricity, communications, and transportation in the face of the disaster? Was there an advance plan before the disaster on how support services would be mobilized?

In countries with high levels of per capita income, many of these investments are already in place, and so natural disasters have the highest costs in terms of property, but relatively lower costs in terms of life. In countries with low levels of per capita income, these investments in health and safety are often not in place, and much of the property that is in place is uninsured. Thus, a 7.0 earthquake hits Haiti in 2010, and 225,000 die. A 9.0 earthquake/tsunami combination hits Japan in 2011--and remember, earthquakes are measured on a base-10 exponential scale, so a 9.0 earthquake has 100 times the shaking power of a 7.0 quake--and less than one-tenth as many people die as in Haiti.

Natural disasters will never go away, but with well-chosen advance planning, their costs to life and property can be dramatically reduced, even (or perhaps especially) in low-income countries. For an overview of some economy thinking in this area, a starting point is my post on "Economics and Natural Disasters," published November 2, 2012, in the aftermath of Hurricane Sandy.
Posted by Timothy Taylor at 7:00 AM