For an overview of patterns of global military spending, my go-to source is the Stockholm International Peace Research Institute. SIPRI has just published "Trends in World Military Expenditure, 2014," by Sam Perlo-Freeman, Aude Fleurant, Pieter D. Wezeman and Siemon T. Wezeman. Here are some patterns that jumped out at me. 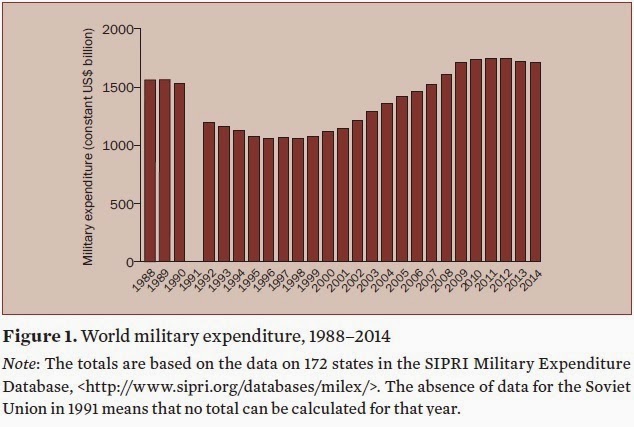 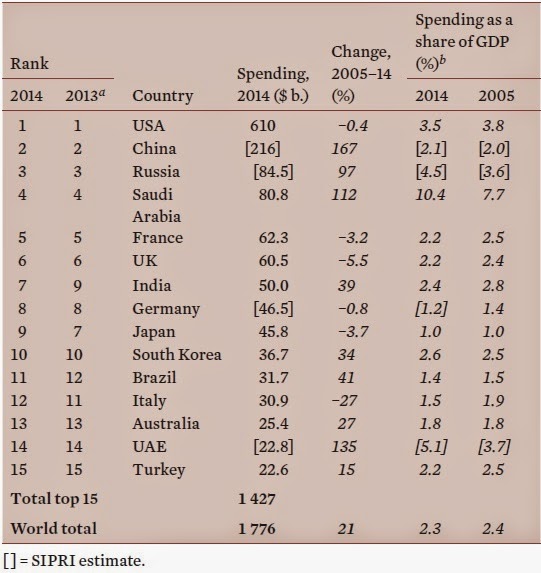 Finally, here's a list of the countries where military spending is more than 4% of their GDP.
As the report notes: "A total of 20 countries—concentrated in Africa, Eastern Europe and the Middle East—spent more than 4 per cent of their GDP on the military in 2014, compared to 15 in 2013.
Only 3 of the 20 countries are functioning democracies, and the majority were involved in armed conflict in 2013–14 or had a recent history of armed conflict." 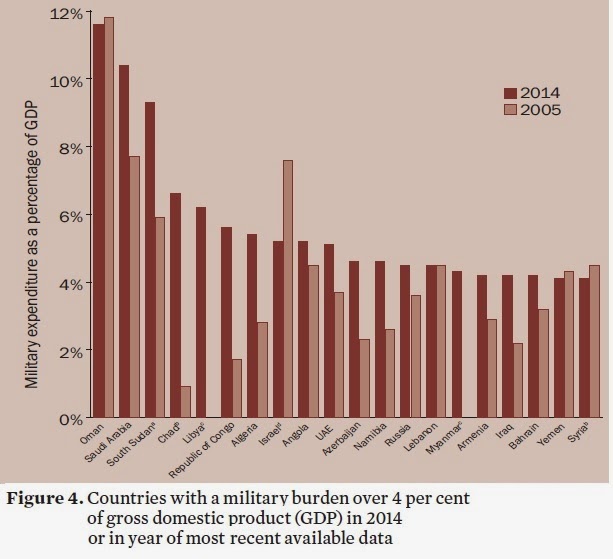 I won't editorialize here, except to note that when countries devote very high levels of GDP to military spending, they are putting their money behind a belief that using or threatening military force is in their near future.