A fluid labor market can offer considerable protection for workers, in the sense that if you don't like your current employer, or your current employer lays you off, you have the ability to get another job. When the labor market is less fluid, getting jobs is harder (especially for new entrants) and negotiating for better compensation is trickier (because everyone knows that other job options may be hard to find). Steven J. Davis and John Haltiwanger offer evidence that the fluidity of the U.S. labor market has been decreasing for several decades in their paper "Labor Market Fluidity and Economic Performance." A version of the paper was originally presented last August at the annual Jackson Hole conference held by the Federal Reserve Bank of Kansas City. I'll quote here from a November 26, 2014 version of the paper posted at the KC Fed website. However, a version of the paper is also available as National Bureau of Economic Research Working Paper No. 20479, issued in September 2014.

As a starting point, considers some evidence on job flows. As Davis and Haltiwanger explain: "Job creation is the sum of employment gains at new and expanding establishments, and job destruction is the sum of employment losses at exiting and shrinking establishments." Here's the quarterly pattern of job creation and hires since 1990. Hires is greater than job creation (notice that the right-hand and left-hand axis are measured differently), because when (for example) workers at two different companies switch jobs, both companies have hired someone, but there is no overall job creation at either firm.  Notice that the rate of job creation has been sagging since the 1990s, well before the Great Recession. 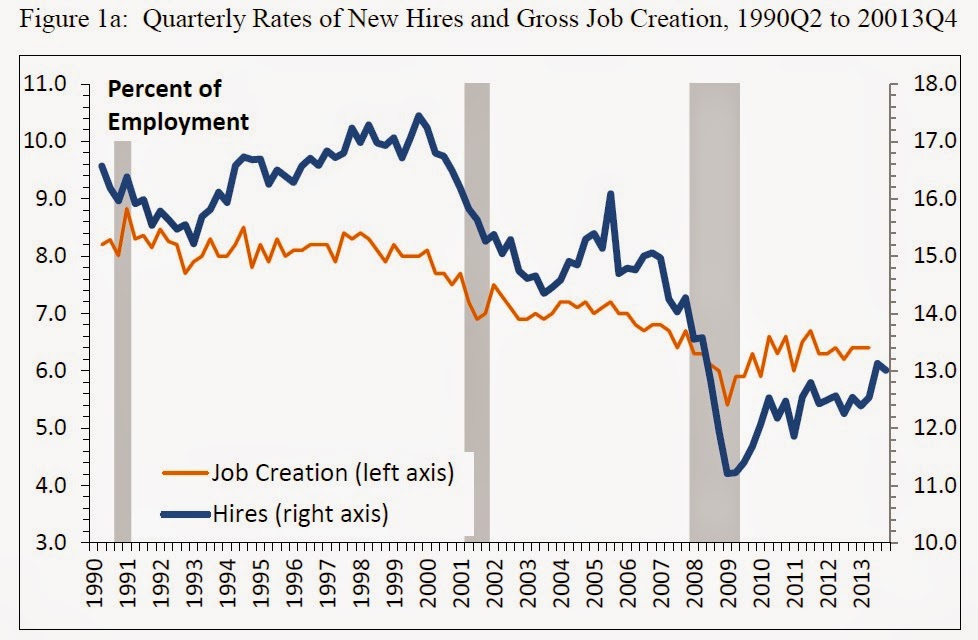 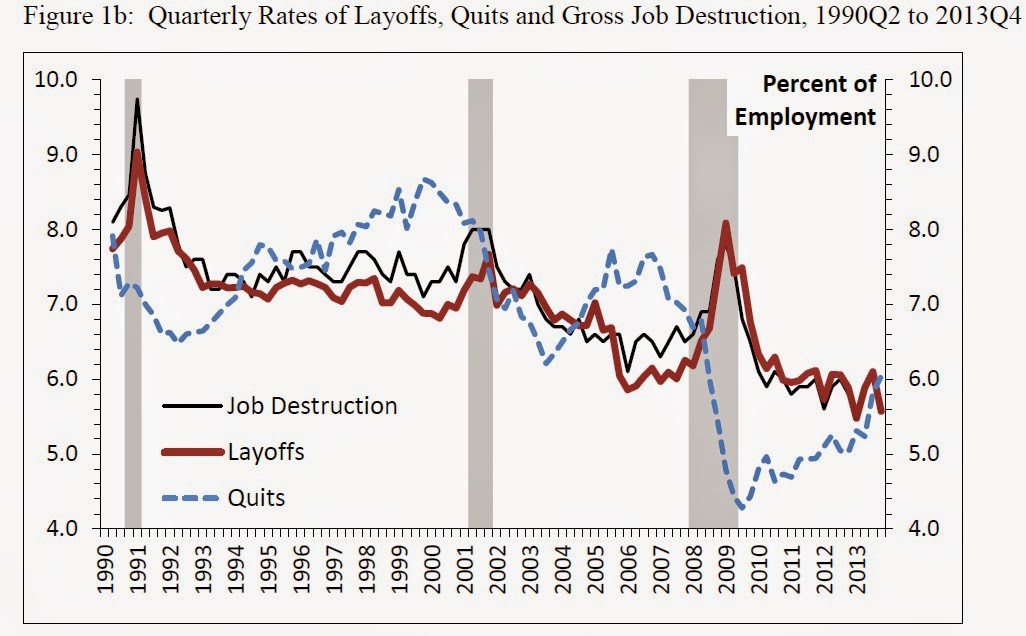 To get an overall view, combine the rates of job creation and destruction, and call that "job reallocation." This data is available on an annual basis back to 1979, and the pattern looks like this. (An establishment is a single location; a firm may have a number of establishments. So when someone moves from one establishment to another within a given firm, it's picked up by one line, but not the other.) 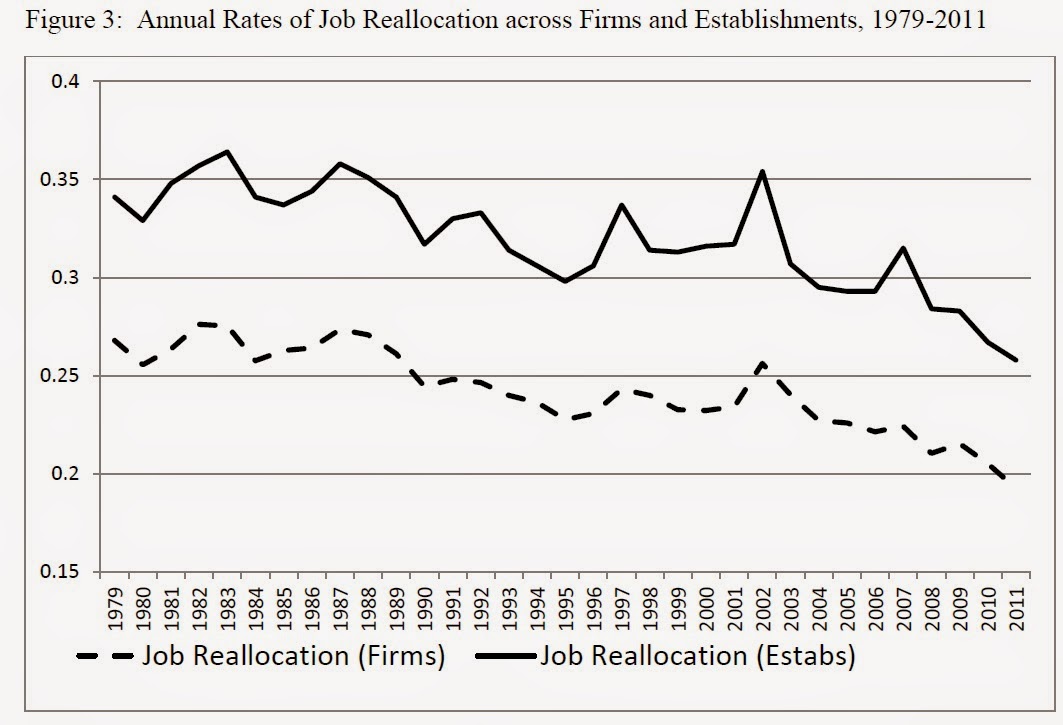 What to make of this decrease in the fluidity of the U.S. labor market in the last several decades? Here are some thoughts from Davis and Haltiwanger:

I'll only add that the decline in labor market fluidity isn't a result of any one factor, and some of the economic and demographic forces behind the decline may be unavoidable or desireable. But the decline is also worrisome for the long-term health of the U.S. labor market and economy. When discussing policies that affect labor markets, whether they contribute to the ongong decline in fluidity should be part of the conversation.