How Medicare Spending Rises with Age

The rising costs of Medicare are one of the great question marks for health care policy and federal budget policy. Tricia Neuman, Juliette Cubanski, Jennifer Huang, and Anthony Damico offer a useful analysis of one aspect of Medicare costs--how those costs vary by the age of the recipient--in "The Rising Cost of Living Longer: Analysis of Medicare Spending by Age for Beneficiaries in Traditional Medicare," a January 14, 2015 report for the Kaiser Family Foundation. 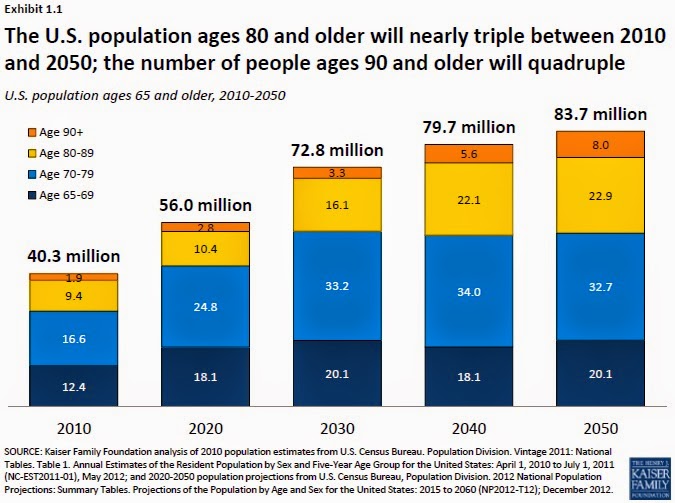 It's already true, as one might expect, that older Americans typically have higher health care costs paid by Medicare. (One caveat: The results that follow are based on data from "traditional" Medicare, in which the governmment reimburses service providers as services are paid, and thus don't include the 25% of Medicare Advantage recipients, a program where the government pays the  health care provider a fixed amount each month. Of course, the hope of a fixed payment or capitated health care plan is that it gives the provider an incentive to find ways of holding down costs.) For example, those 80 and older are 24% of those receiving traditional Medicare, but receive 33% of Medicare spending. 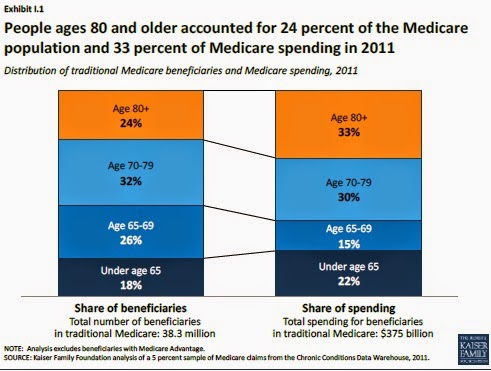 Moreover, on a per capita basis, Medicare costs are rising faster for those at later ages. In 2000, for example, Medicare typically spent about 2.4 times as much for a 90 year-old as for a 65 year-old. By 2011, it was spending about 2.8 times as much (if one leaves out Part D, the drug benefit, which didn't exist in 2000). 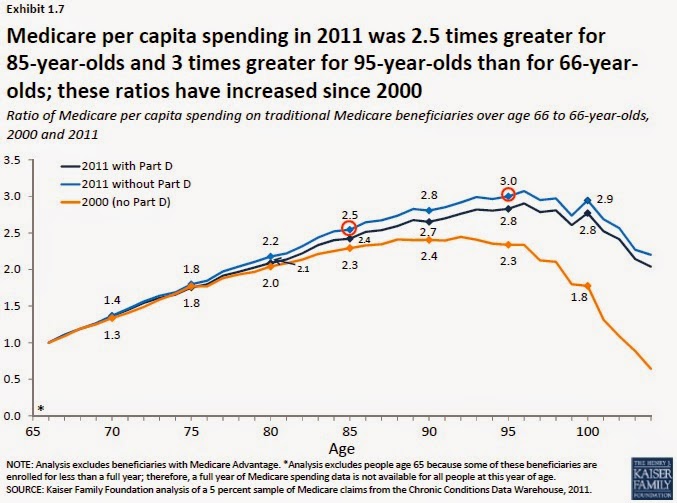 A more detailed breakdown of per capita Medicare spending by age shows a steady rise with age, although this peaks out around age 95, and also offers a more detailed sense of which expenditures are rising and falling with age. The data also allows separating out the health care costs of those who died in a specific year, which offers at least a rough way of looking at the extent to which end-of-life health care costs are influencing these spending patterns. Thus, the blue line shows per capita payments from traditional Medicare by age in 2011. The orange line, slightly lower, leaves out those who died in 2011. Notice that both lines rise, although the blue line rises more sharply, which suggests that end-of-life costs play a role in the higher costs by age, but are by no means the main factor. 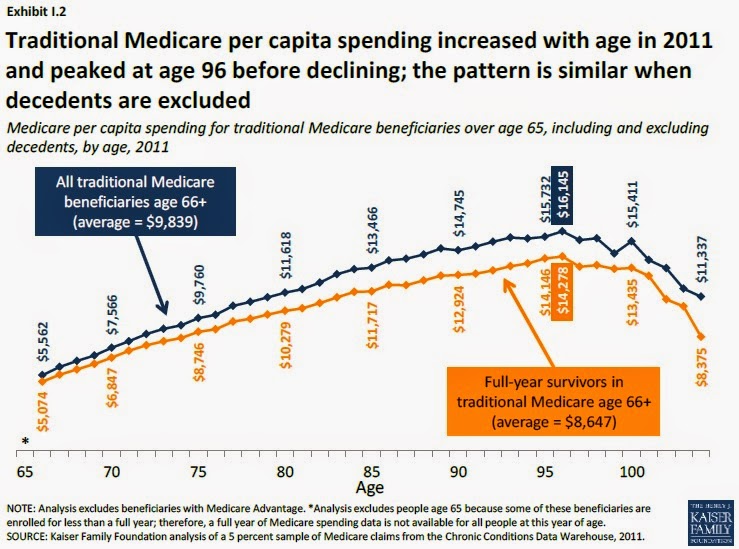 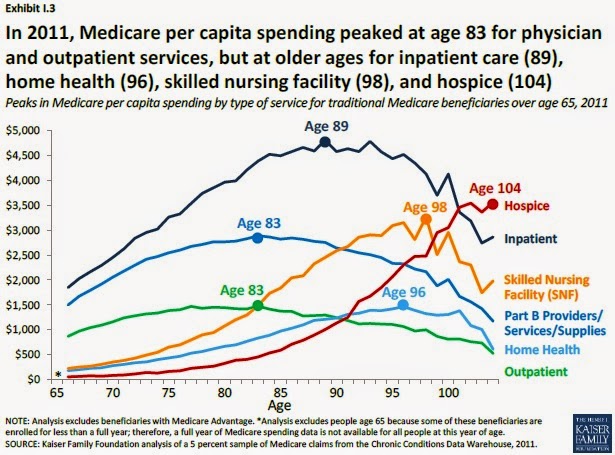 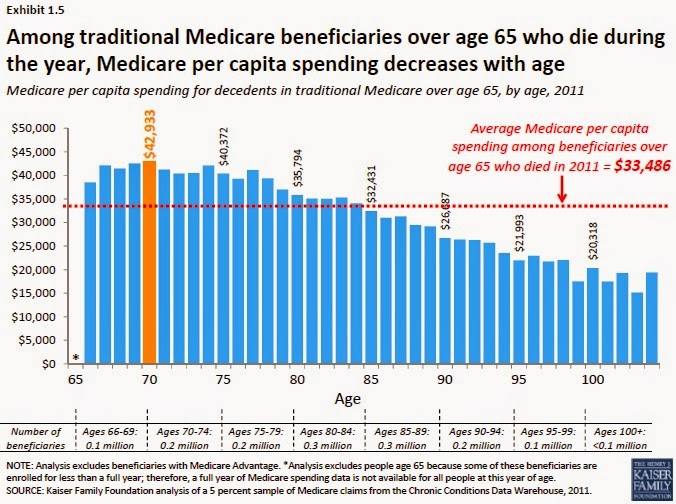 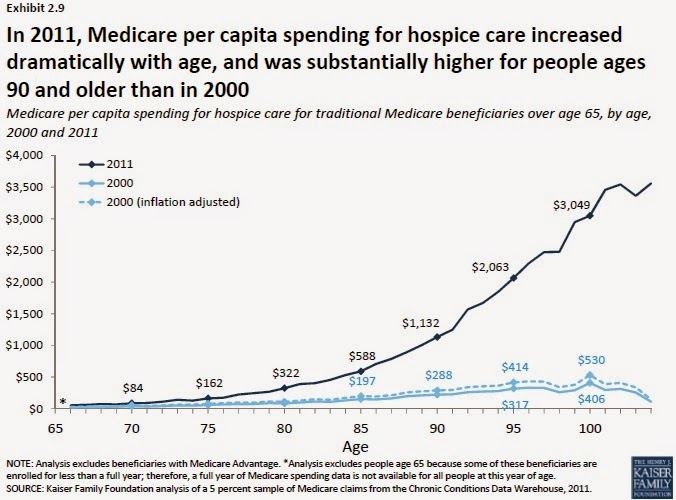