During the Great Recession, male workers suffered more than female workers. However, in the roughly two years since the recession bottomed out in June 2009, male workers have gained a disproportionate share of the new jobs. Rakesh Kochhar at the Pew Research Center has a report out making this point. 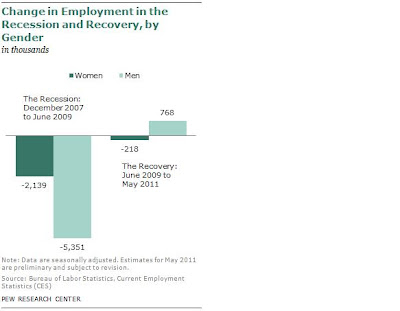 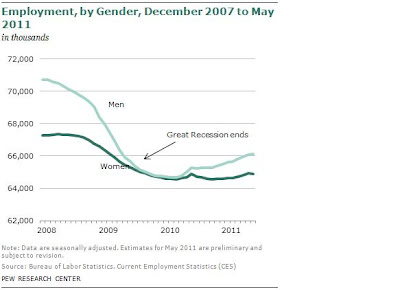 Kochar writes: "The recovery from the Great Recession is the first since 1970 in which women have lost jobs even as men have gained them. ...It is not entirely clear why men are doing better than women in the current recovery....The more notable developments are that men have found jobs in sectors where women have not, and that men made stronger advances than women in other sectors."

Thanks to David Autor for the pointer.