The Severity of the Great Recession

Kevin J. Lansing of the San Francisco Fed offer some graphs that illustrate the severity of the Great Recession: one compares the decline in real household consumption per person in the 2007-2009 recession to the recessions of 2001 and 1990-91; another compares the decline in real household net worth per person in these three recessions. 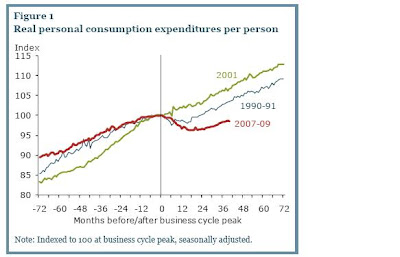 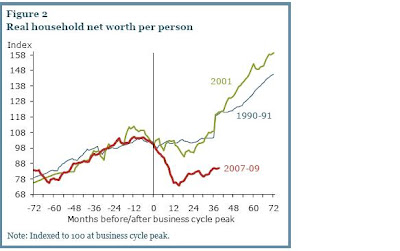 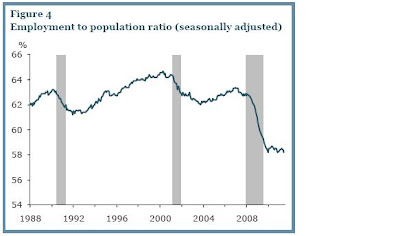 These enormous declines in consumption and in asset values and the loss of jobs, of course, help to explain why the economic "recovery" is sometimes being called the Long Slump. The pattern also offers some background as to why the federal budget talks seem so intractable: when a recession dents the economy this badly, passions are going to run high.