Who Gets Jobs and Wages from the iPod?

Greg Linden, Jason Dedrick, and Kenneth L. Kraemer write in the Journal of International Commerce and Economics (which is published by the U.S. International Trade Commission) on "Innovation and Job Creation in the Global Economy: The Case of Apple's iPod."

They summarize how the iPod affects jobs and wages in this way: "[W]e analyze the iPod, which is manufactured offshore using mostly foreign-made components. In terms of headcount, we estimate that, in 2006, the iPod supported nearly twice as many jobs offshore as in the United States. Yet the total wages paid in the United States amounted to more than twice as much as those paid overseas. Driving this result
is the fact that Apple keeps most of its research and development (R&D) and corporate support functions in the United States, providing thousands of high-paid professional and engineering jobs that can be attributed to the success of the iPod." 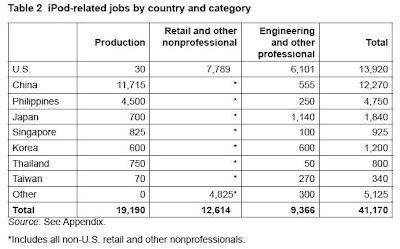 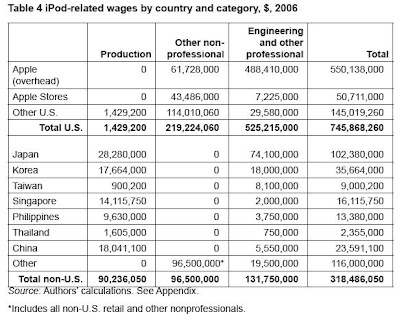 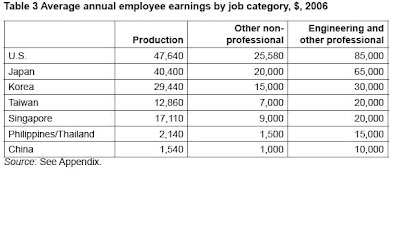 Via Tim Worstall's blog at Forbes.

Posted by Timothy Taylor at 3:05 PM