Why Official Medicare Costs are Understated

When the Medicare trustees deliver their official forecasts for the Medicare system in their annual report, the actuaries who draft the report are required by law to assume that the law will be followed as written. For example, the current Medicare law says that physician payments will be cut 31% by 2013. For most other categories of Medicare services, 2009 hearth care reform legislation also specifies that the payment rates will be reduced each year by a rate equal to the economy-wide increase in multifactor productivity, which is projected at 1.1% per year.

However, to their great credit, the Medicare actuaries also produce an annual background which explains why these assumed cost reductions are so implausible. This year's version was published on May 18 under the dry-as-dust title: " Projected Medicare Expenditures under Illustrative Scenarios with Alternative Payment Updates to Medicare Providers." 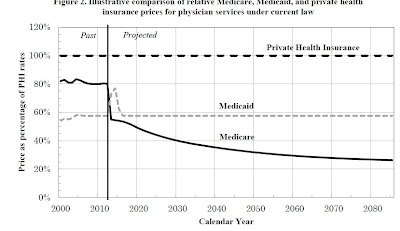 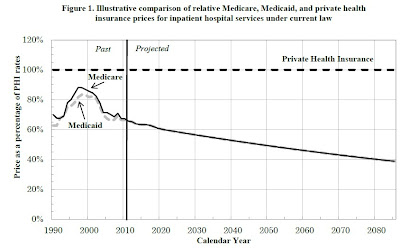 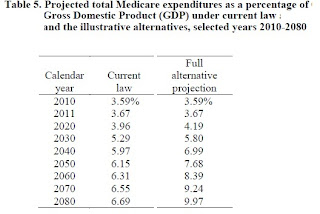 The actuaries are about as blunt as their profession allows about what all this means: "The immediate physician fee reductions required under current law are clearly unworkable and are almost certain to be overridden by Congress. The productivity adjustments will affect other Medicare price levels much more gradually, but a strong likelihood exists that, without very substantial and transformational changes in health care practices, payment rates would become inadequate in the long range. ... Thus, the current-law projections should not be interpreted as the most likely expectation of actual Medicare financial operations in the future but rather as illustrations of the very favorable impact of permanently slower growth in health care costs, if such slower growth can be achieved."
Posted by Timothy Taylor at 6:00 AM