You would expect countries with a higher per capita GDP to spend more on education, and they do. In fact, a graph that plots the relationship across countries between per capita GDP and per student spending on primary and secondary education almost traces out a straight line. But for spending per student on post-secondary education, the U.S. spends far more one would predict based on per capita GDP. Here's the graphs from The Condition of Education 2012, published by the National Center for Education Statistics at the U.S. Department of Education, using OECD data. 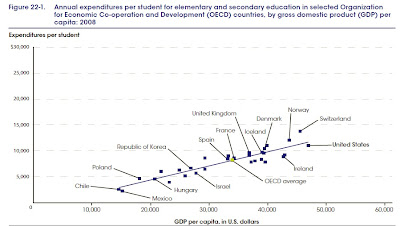 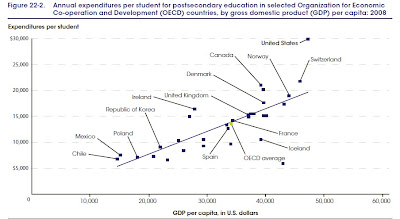