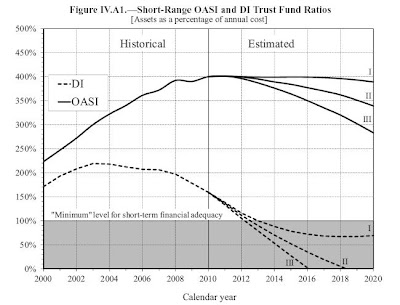 David Autor and Mark Duggan have a suggested reform for disability insurance.  Basically, their proposal is to stop making disability insurance such a bimodal choice. Under current law, disability is defined as "inability" to work, and is thought of typically being a permanent condition. Those who go on disability tend to stay there, and not to work again. Their hope is to make disability a partial condition, so that the disabled would benefit from going back to work while still receiving some support. There's a nice readable version of the reform in the Summer 2011 issue of the Milken Institute Review (downloadable with free registration by going here) and a more detailed version in a December 2010 paper written for the Hamilton Project and the Center for American Progress. (Full disclosure: David Autor is my boss: He's Editor of the Journal of Economic Perspectives, where I am managing editor. Also, Autor and Duggan have written about disability insurance in the Summer 2006 issue, before Autor became editor of the journal.)


To set the stage for their proposal, here are some illustrative figures from their Hamilton Project report. "Between 1989 and 2009, the share of adults receiving SSDI benefits doubled, rising from 2.3 to 4.6 percent of Americans ages twenty-five to sixty-four (Figure 1). In the same interval, real annual cash transfer payments to SSDI recipients rose from $40 to $121 billion, and Medicare expenditures for SSDI recipients rose from $18 to $69 billion (Figure 2). Due to its rapid growth, SSDI has come to encompass an ever-larger share of the Social Security system budget. In 1989, approximately one in ten Social Security dollars was spent on SSDI. By 2009, this number had risen to almost one in five Social Security dollars (18 percent), as shown in Figure 3." 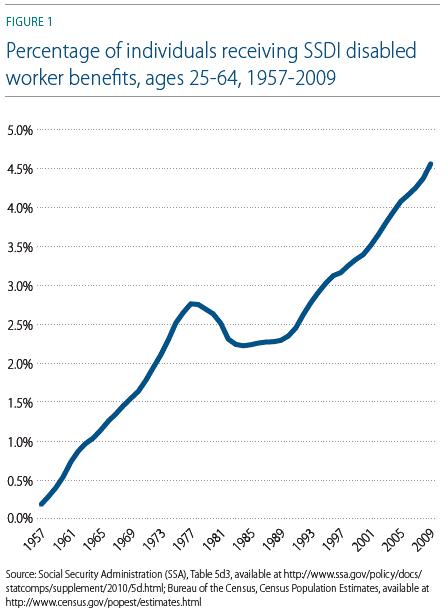 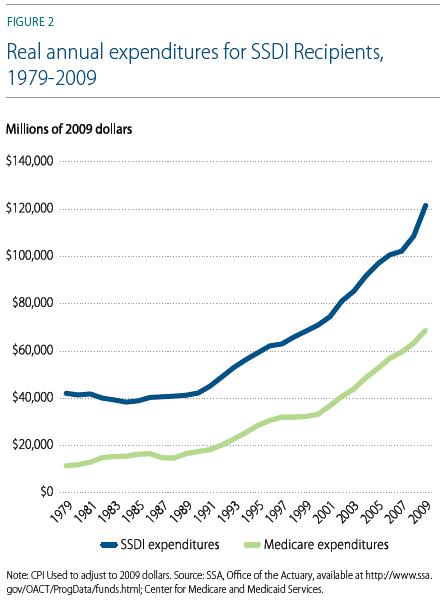 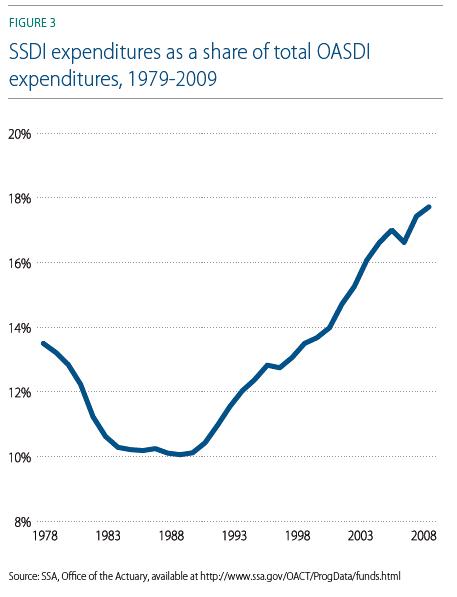 Autor and Duggan describe it this way: "We propose modifying PDI [private disability insurance] to support
workers from 90 days to 27 months after the onset of disability, with the goal of providing partial income replacement and support geared toward helping individuals maximize work readiness and self-sufficiency. After receiving PDI benefits for 24 months, individuals still unable to work would transfer to the
regular SSDI system. The screening criteria for SSDI wouldn’t change."

It's not clear to me that this policy is sufficient to save Disability Insurance as we know it. Autor and Duggan offer as a conservative guess-timate that this plan might be able over time to reduce the number of those receiving disability insurance by 6-10%. But they point out that a similar plan in the Netherlands has saved money and trimmed the disability rolls. A policy doesn't have to be perfect to be well worth trying.

They write in the Milken Institute Review: ""In the half century since the introduction of SSDI, technologies for treating and accommodating work-limiting disabilities have advanced, the physical demands of the workplace have been reduced, and the societal consensus on the proper objective for treatment of disabled workers has greatly evolved. The SSDI program was designed to provide income support (and, after 1972, health insurance) to workers transitioning from employment to early retirement and, in many cases, death. This goal was progressive for its time, but no more."