Whatever happened to the vaunted flexibility of the U.S. labor market, able to rebound from recessions back toward full employment? I'm not sure how to tell a story that blends public policy choices with changes in hiring and layoff practices, but here are some intriguing fact patterns that would need to be part of the story. 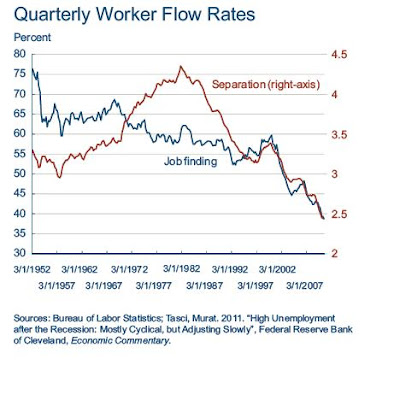 The U.S. employment-to-population ratio for some decades substantially exceeded that of the nations of western Europe. But in the last couple of decades, the rates have converged. Here's a figure from Christian Grisse, Thomas Klitgaard, and Aysegul Sahin of the New York Fed: 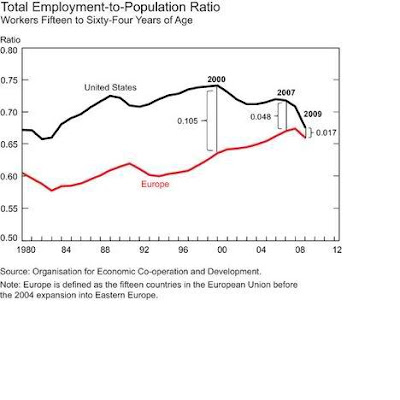 In the recent recession, many other economies responded by reducing hours-per-worker, and thus keeping employment rates relatively high. The U.S. economy kept hour-per-worker high, but saw a sharp drop in employment. Here's a figure from the annual IMF report on the U.S. economy: 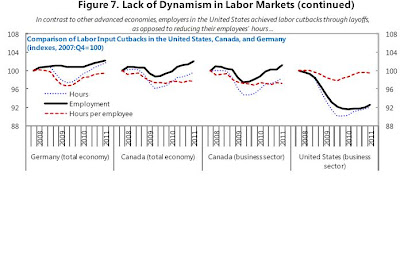