The Division of International Labor Comparisons at the U.S. Bureau of Labor Statistics has put out the 2011 edition of its chartbook, Charting International Labor Comparisons. There are sections with comparisons on GDP, manufacturing, and consumer prices. Here, I'll stick to a few charts of comparisons on labor force participation levels, employment rates, and unemployment rates that caught my eye.

In terms of employment growth, the light blue lines show job growth from 2000 to 2007. The dark blue lines show job growth--positive or negative--from 2007 to 2009. BLS writes: "Between 2007 and 2009, the sharpest declines in employment were in Estonia and Spain, followed by Ireland and the United States." Notice that over the 2007 to 2009 period, many countries have had job growth that was positive, or only very slightly negative. 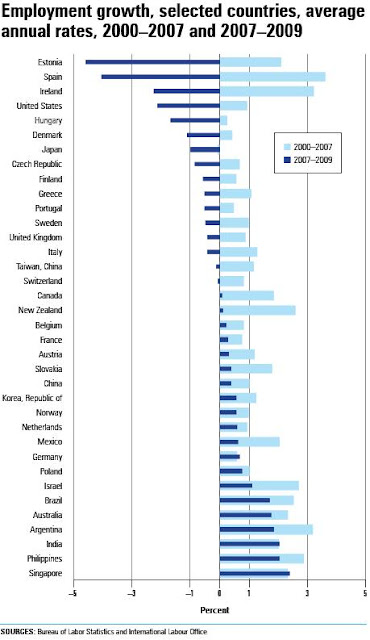 Here are three measures of unemployment, as explained by BLS. "UR 1 is the most restrictive rate of labor
underutilization and consists only of the subset of the unemployed who were unemployed for at least 1 year. UR 3 is the official unemployment rate and the most widely recognized. The broadest rate, UR 6, includes
the unemployed, the marginally attached, and persons who are employed but who worked fewer hours than they would like (i.e., the time-related underemployed)." Spain clearly has the most grievous unemployment problem. But while the U.S. economy is OK on it's long-term unemployment rate--at least as of the 2009 date for this data--it's official unemployment rate and its broader rate of labor market underutilization are among the worst of the rest. 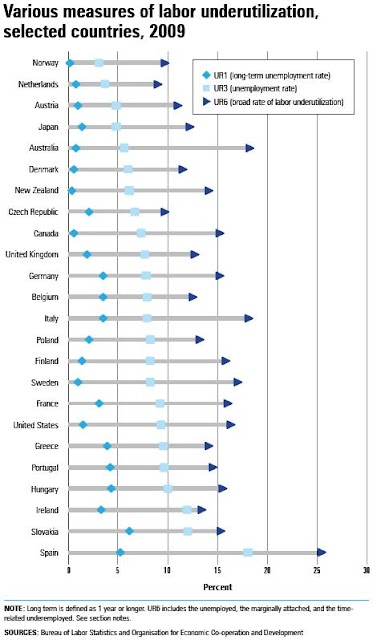 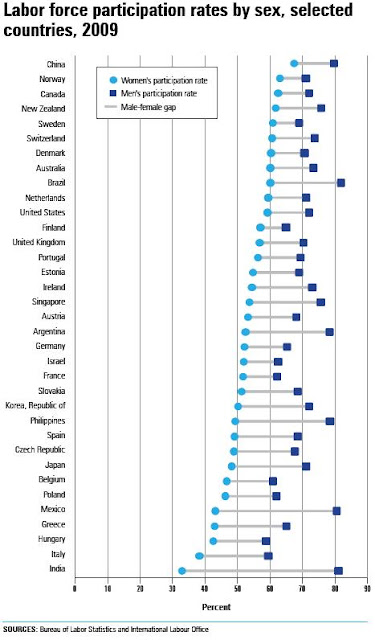 In labor force participation rate by age, the U.S. doesn't look especially good in the prime-age 25-54 age group, but performs relatively well in younger and older age groups. As BLS points out: In Argentina and the
Philippines, more than one-third of persons ages 65 and older were still in the labor force. In contrast, many European countries had rates below 5 percent for this age group. Participation rates among youth varied most across countries. The Netherlands and Australia had the highest participation rates (above 70 percent) while
Hungary, the Republic of Korea, and Greece had the lowest rates (under 30 percent)." 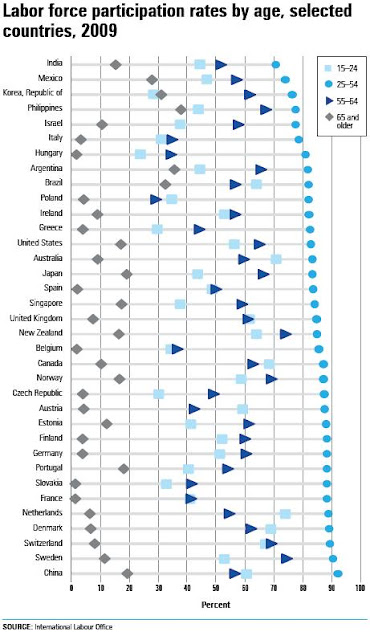 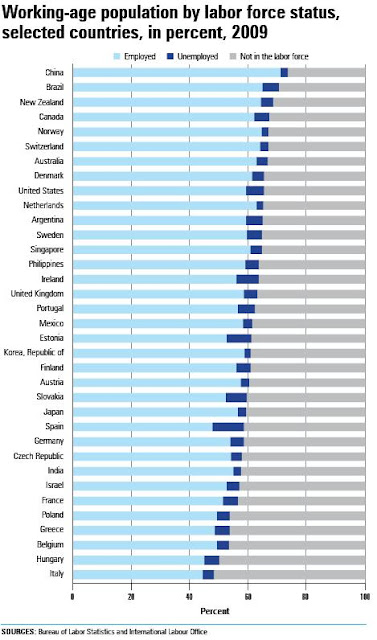