Why Wasn't the Risk of a Housing Price Decline Taken Into Account? ERP #2

This is the second of four posts based on figures from the 2012 Economic Report of the President. For an overview and the first post, start here. 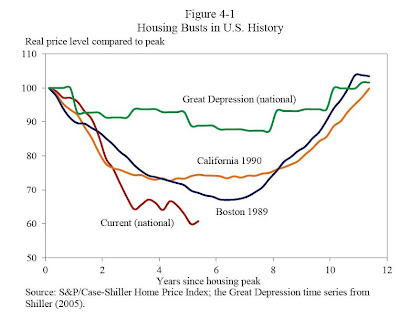 The evidence does offer some hints that the decline in U.S. housing prices may be just about over. For example, one measure of a price bubble is to look at the ratio of housing prices to rents. When this ratio rises sharply, then it may be a signal that prices are getting out of line. But that ratio has now fallen back to pre-crisis levels. Similarly, the ratio of mortgage value per home-owning household has trended up over time, as the economy has grown. During the housing price bubble, that trend launched like a rocket, but now it has been flat for a few years, and is not too far out of line with the longer-term trend. 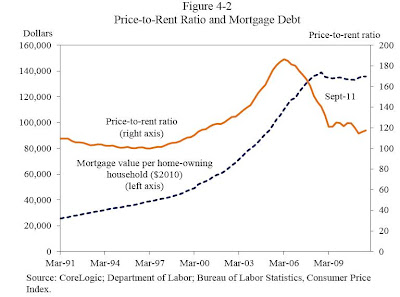 At the most basic level, the national average of actual housing prices does seem to have levelled out since early 2009. Indeed, futures markets that were predicting a continued drop in housing prices as of January 2009 have seen housing prices hold up better than expected at that time. 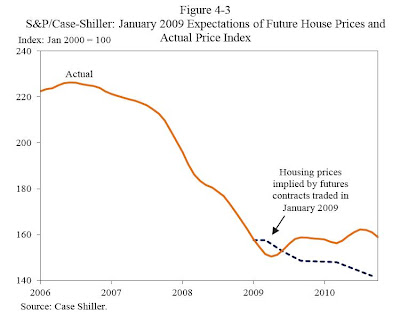